Firms unveil first neodymium magnet made without dysprosium or terbium, potentially solving a scarcity problem that has plagued the technology 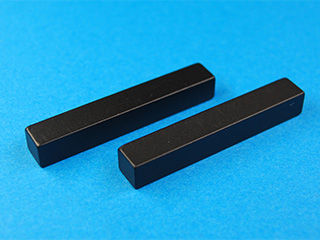 TOKYO—Honda Motor Co. and Daido Steel Co. have successfully completed a research project that could have a substantial impact on hybrid vehicle technology and solve a scarcity problem that has plagued the clean technology for years.

The two Japanese companies have announced they have developed a new method for manufacturing neodymium magnets without using the heavy rare earth elements necessary to the conventional process.

Like typical neodymium magnets, which were originally developed in the 1980s, the new magnets retain the high-heat resistance and strong magnetic properties required by hybrid motors.

“Adoption of this technology enables a break from the constraints associated with heavy rare earth, which had been one of the challenges to expanding the use of neodymium magnets,” the companies said in a joint release. “This technology will make it possible to avoid resource-related risks and diversify channels of procurement.”

With demand for the high-performance magnets—used in both hybrid and electric vehicles—expected to grow rapidly as the popularity of gas-powered cars ebbs, the breakthrough could have a significant impact on the cost of cleaner vehicles.

The companies provided few details about the new manufacturing method, but said it improves on the conventional “hot deformed” process and uses no dysprosium or terbium.

Honda has already rejigged its hybrid technology to incorporate the magnet; the company plans to use the technology to power its new Honda Freed, which will be released this fall. The multi-purpose vehicle sold in the Japanese market will become the first hybrid vehicle that uses a motor that does not rely on heavy rare earth elements—which are produced mostly in China.

Meanwhile, Daido plans to begin mass production of the dysprosium- and terbium-free magnets at a facility in Japan by the end of the summer.

The breakthrough also has a Canadian connection. Magnequench International Inc., a subsidiary Molycorp Inc. with a facility located outside Toronto, currently supplies the Japanese steel company with the magnetic powder used in the magnets. As it prepares to begin producing the new magnets, Daido said it is also working with Magnequench to develop new types of raw powders with superior magnetic properties.