Hiring at Tesla’s Gigafactory in Nevada slower than projected 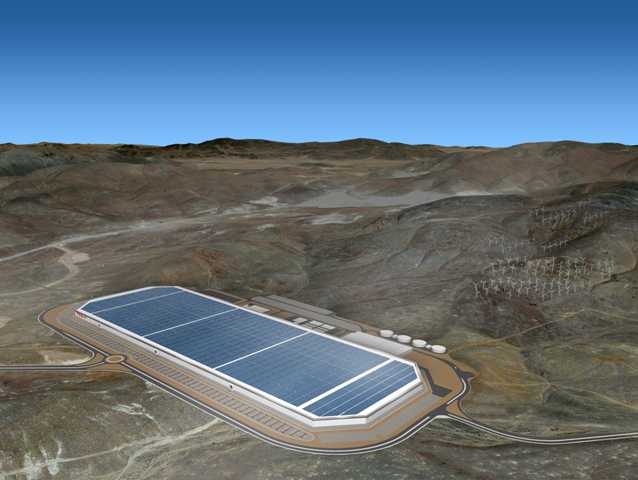 A progress report issued this week by the Nevada Governor’s Office of Economic Development said there were 272 people working at the Tesla and Panasonic factories at the end of the year. That’s lower than the 700 jobs initially projected for the end of 2015, according to a September 2014 report available to state lawmakers when they were deciding whether to approve a $1.3 billion tax incentive package for Tesla.

“In its application to the state for abatements, the company refined its annual job creation projections to more accurately reflect that the construction of the gigafactory would be completed in phases instead of all at once as the state’s economic impact report initially projected,” economic development office spokeswoman Jennifer Cooper said in a statement. “While this will be reflected in the quarterly reports that the company submits to GOED, it does not alter the anticipated investment of at least $3.5 billion or the employment of 6,500 once the factory reaches full production.”

Nevada landed the factory after an intense competition between several states. Economic development officials said the gigafactory has started shipping out battery packs and powerwalls, a product that stores power from solar panels so homeowners can use solar energy at night or when the sun isn’t shining.

Tesla reported it had invested $374 million in capital in Nevada so far, below the early prediction of $1 billion by the end of 2015. During the last three months of 2015, there were an average of 894 construction workers at the site each week—74 per cent of whom were Nevada residents, according to the memo.

“Tesla is making satisfactory progress toward meeting the investment requirements necessary to continue the support of the project,” economic development officials wrote, referring to state tax credits and other incentives offered when projects meet investment and job creation thresholds.

The Tesla package that lawmakers approved in 2014 laid the groundwork for another incentive package cleared in 2015 for electric carmaker Faraday Future. State officials said the $335 million Faraday package, which includes infrastructure investments in North Las Vegas and tax incentives, is structured more conservatively than the Tesla deal to reflect that the company hasn’t yet brought a car to market and is more of an unknown quantity.


Related Stories
Nevada approves tax break plan for US$5B Tesla ‘gigafactory’
The who, what, where, when and why of Tesla’s ‘gigafactory’
Tesla chooses Nevada for US$5B ‘gigafactory’: report
Upstart electric car maker Faraday Future lured to Nevada by $335M in incentives