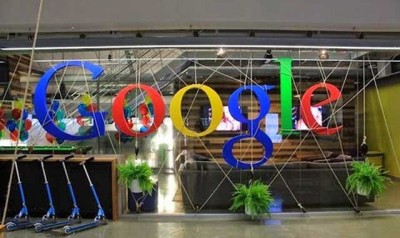 The technology company has been researching self-driving technology for at least seven years. PHOTO: Google

The company—still known as Google at the time the paperwork was filed in 2013—has secured a patent for an autonomous truck delivery system that resembles a self-driving mailbox.

The technology company has been working on self-driving vehicles since 2009 at its Google X research facility. Though passenger vehicles are one focus of the research, the company also seems to be developing a rolling package carrier—a technology that could compete with Amazon.com Inc.’s drone delivery aspirations, as well as Google’s own unmanned aerial vehicle-based Project Wing. 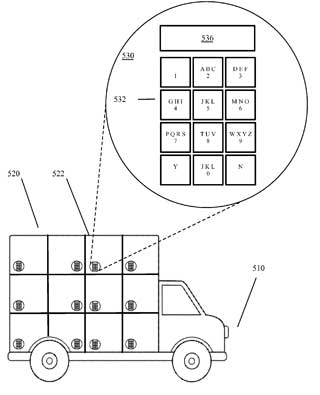 One of the patented designs, which uses package compartments that would require a pin or some other form of security clearance to open. An alternative version would use an access door, allowing package recipients to access the truck itself. PHOTO: U.S. Patent Office

The patents covers “an autonomous road vehicle” that drives to a destination and contains a series of secure compartments, not unlike those seen in large community mailboxes. The vehicle would allow customers to pick up their packages curbside by accessing one of the compartments using some sort of security clearance—be it a pin or cell phone NFC check.

Looking to take on package delivery in a seemingly less regulatory-invasive way than drone delivery, Google pointed to growth in the online shopping market and noted the 100,000 last-mile vehicles the U.S.’s two largest commercial delivery services use to get packages to customer’s doors.

“The growth of business-to-consumer e-commerce, online shopping for example, is expected to continue to increase the demand for delivery services, and hence the need for capacity and efficiency in the last mile,” the company wrote in the patent.

The self-driving mailbox would allow companies to forego a mail carrier while still securing proof-of-delivery from customers picking up their packages at the curb.