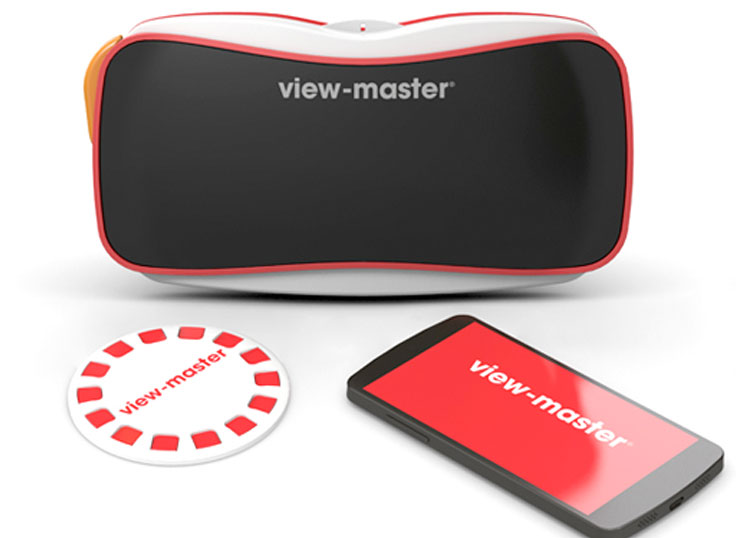 NEW YORK—Mattel and Google are trying to bring the 75-year-old View-Master into the 21st century, updating the iconic stereoscopic photo viewer with smartphone compatibility and virtual reality technology.

It’s a long way from Google Glass, both in price and aim.

Targeted at families, the updated View-Master has users insert a smartphone into a headset. Using a smartphone app, the gadget will immerse kids in a slew of virtual worlds, from far-off cities to outer space.

The device launches in the fall, so the companies had no finished product to show off. But Mattel demonstrated the technology using Google Cardboard, a cardboard attachment that turns smartphones into virtual reality viewers.