With a 200-mile range and an affordable price tag, Chevy's new hatchback could revolutionize the EV market 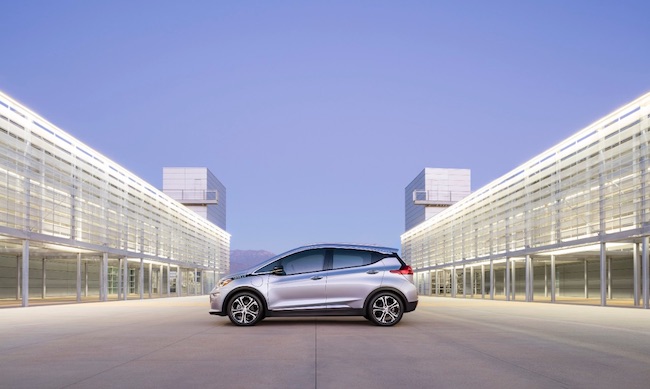 The “game-changing” Chevrolet Bolt is slated to hit the streets before Tesla introduces its mass-market EV. PHOTO: General Motors

In a move that could mark the true beginning for mass-market electrics, General Motors launched its all-new Chevolet Bolt EV at the Consumer Electronics Show in Las Vegas Jan. 6.

“It was less than a year ago that we revealed the Bolt EV concept and promised to deliver a long-range electric vehicle attainable by the masses,” GM’s freshly-appointed chairman and CEO, Mary Barra, said. “The Bolt EV is capable of using the latest mobile app technology to enable car sharing, advanced GPS routing and gamification, all designed to enhance the ownership experience now and into the future.” 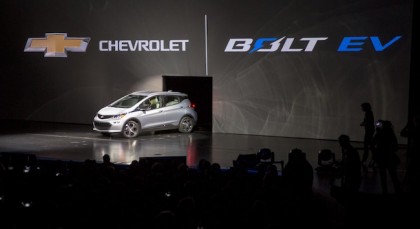 While GM has not released official pricing details for the new EV, it has said previously the vehicle will retail for around US$30,000 in the U.S., after federal tax rebates of $7,500. Sporting a 200 mile range on a full charge—considered long-range for EVs—the fast-growing, but still fledgling industry may never be quite the same.

GM’s competitors, including market darling Tesla Motors Inc. have yet to release comparable mass-market vehicles. Tesla’s Model 3, which it said will retail for around $35,000, has been slated to hit the streets by 2017.

With a production deadline of late 2016, Chevy seems poised to hit the mass market first.

In designing the vehicle, GM gave engineers “unprecedented freedom” to tackle some of the major boundaries EVs have faced. 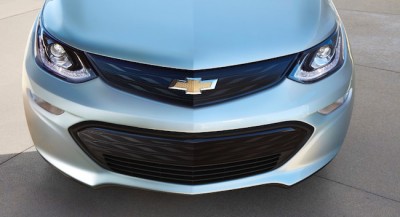 The front end of the new EV. Both the front and rear exterior sport LED lights. PHOTO: General Motors

“We were given a blank canvas – a rare opportunity with a unique platform to recast EV design for customers across the spectrum,” Stuart Norris, managing director of Design, said. “The team answered the challenge with a progressive design distinguished by dramatic graphics and exceptional passenger space.”

The Bolt’s battery pack will be mounted beneath the interior floor of the vehicle in a configuration known as “flat-pack,” while the car’s 102.4-inch wheelbase and wide track “give it a solid stance and the look of a small crossover,” GM said. The hatchback will seat five and house 16.9 cubic feet of cargo space behind the rear seats. 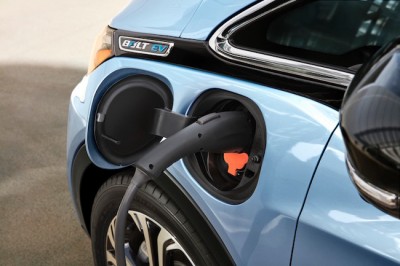 The Bolt’s maximum range is 200 miles on a single charge. PHOTO: General Motors

“The Bolt EV’s design elements are designed for everyday life and the space inside accommodates it all, whether you and your friends go shopping for the day or take off for the weekend,” Norris said. “Inside and out, this game-changing vehicle makes a dramatic statement with a distinctive identity that can only be a Chevy and challenges expectations for what an affordable EV can offer.”

With an ambitious design and an affordable price tag, the vehicle has the markings of a game-changer. Nevertheless, whether or not GM can coax Americans and those around the world to get behind the wheel of an electric remains to be seen.

Chevy will build the Bolt at GM’s Orion Assembly facility, near Detroit.