Placing a big bet on the future of hydrogen-powered vehicles, the two automakers plan to mass produce fuel cells at plant in Detroit suburbs 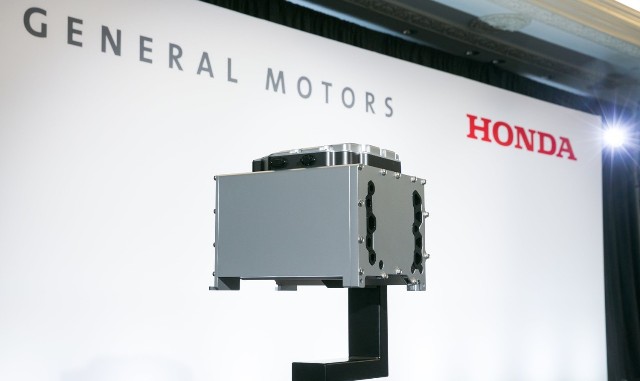 GM and Honda originally formed a fuel cell partnership in 2013, but the new joint venture will push the collaboration into manufacturing. PHOTO: GM

DETROIT—After more than three years of collaborative research and development, two of the world’s largest automakers are bringing their hydrogen vehicle technology to the mass market.

General Motors Co. and Honda Motor Co. announced Jan. 30 they will invest US$85 million to build a fuel cell manufacturing plant outside Detroit.

Located within GM’s Brownstown, Mich. facility, which currently assembles lithium-ion batteries for the U.S. automaker’s vehicles, the fuel cell unit will operate as a GM-Honda joint venture. It is expected to begin mass producing fuel cells in 2020 and will create 100 new jobs in the Detroit suburbs.

“Over the past three years, engineers from Honda and GM have been working as one team with each company providing know-how from its unique expertise to create a compact and low-cost next-gen fuel cell system,” Toshiaki Mikoshiba, president and COO of Honda North America, said in a statement. “This foundation of outstanding teamwork will now take us to the stage of joint mass production of a fuel cell system that will help each company create new value for our customers in fuel cell vehicles of the future.”

The two companies originally signed a fuel cell collaboration agreement in July 2013 and have each demonstrated a number of duel cell vehicles. Honda, for instance, launched its Clarity in the North American market last year and GM has been piloting a hydrogen-powered Chevy Colorado with the U.S. Army.

Along with the manufacturing partnership, GM and Honda have also committed to working together to push governments to build hydrogen infrastructure.

A lack of fueling stations is one of hydrogen technology’s greatest impediments, though cost has also limited growth in the past.

While battery electric vehicle sales have soared in North America over the past few years, fuel cell vehicles have yet to truly get rolling. Nevertheless, last year, a number of fuel cell developers, including Canada’s Ballard Power Systems and Hydrogenics Corp. said the technology is finally ready to make its move.