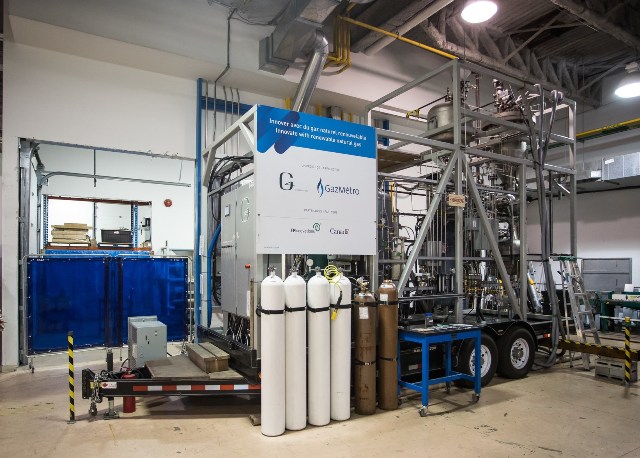 Running over the past several months in collaboration with B.C.-based cleantech company G4 Insights, the demonstration-scale project uses a thermochemical, or heat-induced, process known as PyroCatalytic Hydrogenation (PCH) to convert forest industry biomass to natural gas.

“With this small-scale project, we proved that PCH is technologically viable,” Martin Imbleau, vice-president of Development and Renewable Energies at the Quebec gas distributor, said. “It is now essential that we press ahead with our efforts, so as to determine how we can improve the process even further and increase its production potential.”

Though much of Quebec’s energy—particularly its electricity—already comes from clean sources, high-emissions industries such as transportation could benefit significantly from cleaner sources of natural gas. Usually produced alongside oil, or from shale, natural gas is used for a variety of applications, including compressed or liquefied natural gas vehicles, power generation and heating. With governments both within Canada and worldwide focusing on reducing emissions, natural gas is expected to play a role as a “bridge fuel” while the global economy transitions from traditional fossil fuels to entirely clean energy sources.

Imbleau said one of Gas Metro’s goals is to use forestry biomass to establish a renewable, clean and local source of natural gas.

“This natural gas, over the coming years, could be used locally or injected into our network to supplement the renewable natural gas being generated by the biomethanization projects of Québec municipalities that have opted to transform organic waste into energy,” he said.

The demonstration project, which Gaz Metro described as the first of its kind, was run at the company’s Natural Gas Technologies Centre in Boucherville, Que.

With the success of the small-scale pilot, Gaz Metro is looking to keep the project moving forward. The company said the technology is now ready to be tested as part of a larger pilot that will produce higher volumes of renewable natural gas.