Caisse de depot's project will cost about $5.5 billion, and it wants $2.5 billion to come from Ottawa and Quebec 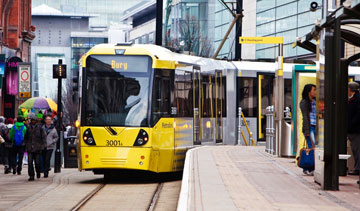 MONTREAL—Quebec’s Caisse de depot will have a response to its funding request for the Montreal electric light-rail project within a reasonable time frame, federal Finance Minister Bill Morneau said.

He also said the second phase of the federal infrastructure program will be launched within the next six months.

“We are confident the project’s timeline will satisfy Montreal and the Caisse and will give us enough time to look at the benefits of the program,” Morneau told a news conference after a speech to the Montreal Board of Trade.

Morneau reiterated the Liberal government’s interest in the project, adding Ottawa is aiming to support second-phase projects by negotiating partnerships with other levels of government and with the private sector.

The Caisse de depot’s project represents an investment of $5.5 billion, with the pension fund manager willing to provide $3 billion and the remaining $2.5 billion having to come from Ottawa and Quebec.

Ottawa has promised to inject $120 billion into the country’s infrastructure projects over the next 10 years. $11.9 billion will be invested in the first phase of the project, with $3.4 billion going to public transit.

Morneau said now is an ideal time for Canada to be investing as interest rates have never been lower.

“That’s why we’ve decided to invest in the future: we know that the only way to improve growth is to make investments now,” he said.