Metamaterial Technologies is developing solar cells 70 per cent thinner than those on the market today; they could be integrated into planes and cars to slash transportation emissions 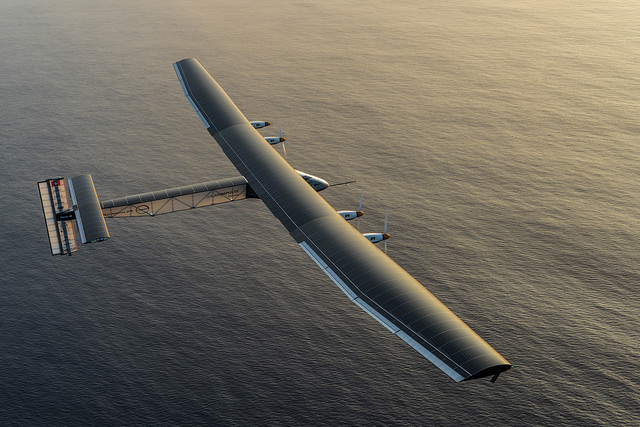 Researchers and companies have already begun integrating solar technology into vehicles such as planes and cars on a limited basis. Solar Impulse 2, which flew around the world, seen here. Solar Impulse

The cleantech firm says its patented new metaSOLAR cells can collect and utilize light from all directions—including wide angles—and perform at a higher efficiency than other products currently on the market.

The federal investment, awarded through Sustainable Development Technology Canada, is part of a $17.9 million effort to commercialize the product. Other partners on the project include ENEL Green Power, U.S. defence firm Lockheed Martin and institutions such as the California Institute of Technology and Stanford University.

Vehicles able to use solar power for some of their energy needs, however, could reduce emissions that go along with nearly every form of transportation today.

Mark Brongersma, a professor of Materials Science and Engineering at Stanford University collaborating on the project said the company’s technology has the potential to shrink the thickness of typical solar cells by about 70 per cent without losing any of their efficiency.

“This technology has the potential to take solar cell efficiency to a new level.”