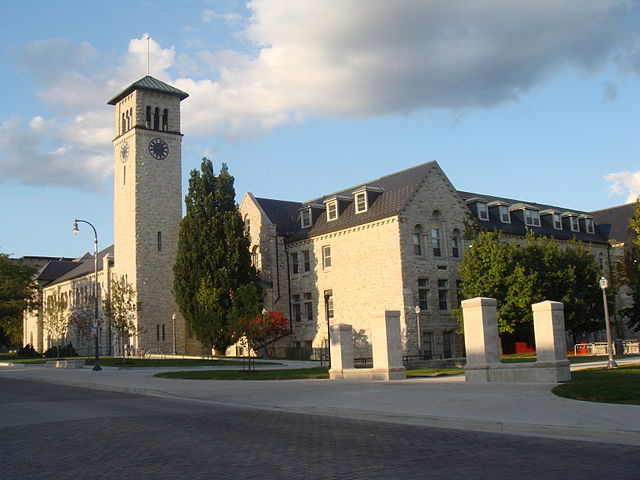 Grant Hall at Queen’s University in Kingston, Ont. The project will also include 14 researchers at seven Canadian universities. PHOTO: Shin, via Wikimedia Commons

KINGSTON, Ont.—A Queen’s University-led research project aiming to engineer its way around some of the long-standing challenges of producing hydrogen gas is getting a major boost from Ottawa.

The Canadian government, through the Discovery Frontiers initiative of the Natural Sciences and Engineering Research Council of Canada, has announced it will invest $4 million in a cleantech project led by Queen’s chemistry professor, Gregory Jerkiewicz.

Producing hydrogen—which can then be used to generate carbon-free energy—from water in a non-energy-intensive way has been a persistent problem for researchers. Processes such as electrolysis are well-established for producing hydrogen from water, but are considered to be too wasteful to be adopted on a wide scale.

The project aims to produce hydrogen gas from water using a “new class” of catalysts made from nickel.

“I congratulate Dr. Jerkiewicz and his team on being selected to undertake this ambitious research program,” Kirsty Duncan, Canada’s new Minister of Science, said following the announcement in Kingston, Ont. “Their research project has the potential to reduce energy consumption and to develop the next generation of nickel-based materials, making advancements in the field of clean technologies. This is of particular importance in the context of a sustainable environment and a greener future.”

As related field research, the scientists will also explore the use of nickel catalysts to break down glycerol—a waste product from biodiesel production—into commercially usable chemicals.