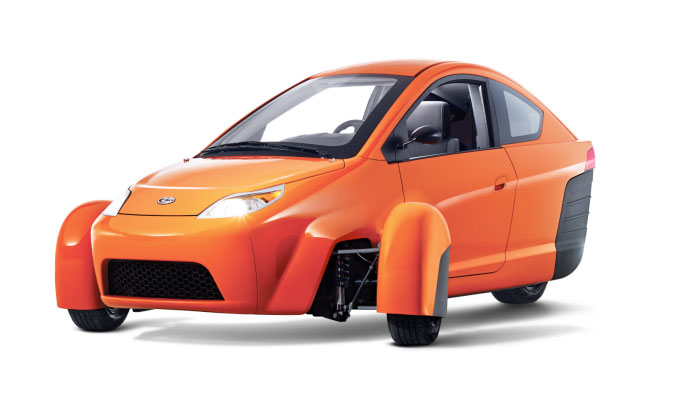 ROYAL OAK, Mich.—Your next commuter car might have two seats, three wheels and get 84 miles to the gallon.

Phoenix-based Elio Motors wants to revolutionize U.S. roads with its tiny Elio, which has a starting price of US$6,800.

The company plans to start making the vehicles next fall at a former General Motors Co. (GM) plant in Shreveport, La. They will be sold at Elio stores in 60 U.S. markets and serviced by Pep Boys auto shops.

Because it has three wheels, the U.S. government classifies the vehicle as a motorcycle. But company co-founder Paul Elio says it’s designed with all the safety features of a car.

The company says it already has 27,000 orders for its commuter car, mostly from older more affluent buyers who want a second or third car for commuting.