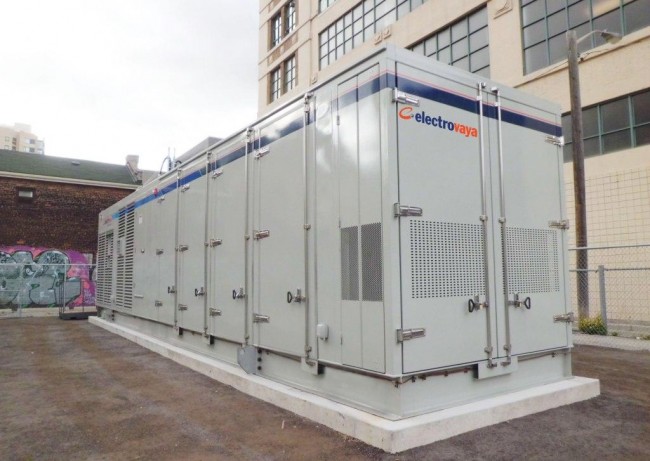 Electrovaya’s energy storage system that was recently delivered to Toronto Hydro for use in their Smart Grid. The battery solution allows utilities and cities to better utilize renewable energy by storing electricity off-peak for use later, the company said. PHOTO: Electrovaya

TORONTO—Toronto battery maker, Electrovaya, put a lot of chips on the table earlier this year, buying German-based Evonik Litarion GmbH, which operates the largest battery plant in Europe. As the full force of the “transformational” acquisition hits the company’s books in its fiscal 2015 fourth-quarter results, the bet has created an enormous influx of new revenue.

Electrovaya reported fourth-quarter revenue of $13.1 million Dec. 1, an increase of 495 per cent over the same quarter of 2014. Q4 is the first full quarter Litarion GmbH has been operating within Electrovaya, and the German 0.5 gigawatt hour capacity battery plant, along with numerous other ventures, helped the Toronto cleantech firm post positive adjusted earnings of US$1.7 million. The black ink in the fourth-quarter column is a positive end to the company’s fiscal 2015, and compares to a $1.9 million loss for the year. 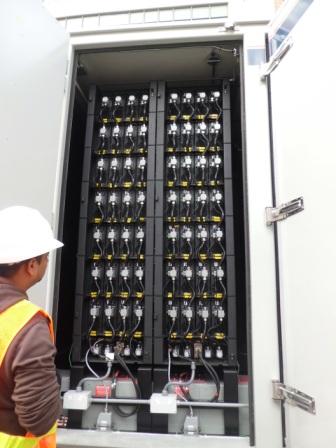 “We are very pleased with the Q4 results. Our transformative acquisition of Litarion has positioned us to capitalize on a robust sales pipeline, introduce new products and enter attractive markets,” Electrovaya’s chairman and CEO, Sankar Das Gupta, said. “We have shown that the combined operations are not only cash positive but profitable as we grow sales.”

Among the company’s Q4 highlights are a $20.6 million contract for the supply of lithium ion battery products and a contract with Con Edison that will see Electrovaya supply the firm with a portable, high-capacity battery storage system. The Toronto cleantech firm also delivered a grid connected megawatt hour energy storage system to Toronto Hydro and Ryerson in downtown Toronto, along with numerous other systems and products to automotive, mining and utility companies.

In addition to the strong results, the company has built up what it said is its largest revenue pipeline in its history.