Complacency on energy amid low oil prices and growth in renewables, a ‘grave mistake,’ IEA warns 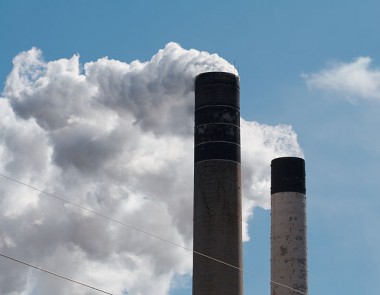 A new IEA report points to the “critical” COP21 conference as an opportunity to adjust climate and energy goals. PHOTO: Dori, via Wikimedia Commons

PARIS—As much of the world economy continues to enjoy low oil prices and renewable power generation becomes increasingly common, the International Energy Agency is cautioning against becoming complacent. In its latest World Energy Outlook, the agency said the price of oil is likely to return to $80 per barrel by 2020, while emissions reduction initiatives may fall short of their goals if efforts aren’t stepped up.

“It would be a grave mistake to index our attention to energy security to changes in the oil price,” IEA executive director, Fatih Birol, said. “Now is not the time to relax. Quite the opposite: a period of low oil prices is the moment to reinforce our capacity to deal with future energy security threats.”

According to the IEA, the plunge in oil prices has squeezed investment in supply while feeding demand, both factors that are beginning to push the market toward a rebalancing, and eventually, a return to higher oil prices.

Meanwhile, the agency’s report also highlights “clear signs” that show the renewable energy revolution is underway. In 2014, for example, almost half of the world’s new power generation capacity was renewable.

World energy demand is forecast to grow by nearly one-third between 2013 and 2040, with much of that growth taking place in developing economies. Though lower oil prices will potentially undercut some of the benefits of renewables in the short term, the IEA said as long as policymakers remain “steadfast” in implementing policies and subsidies, the deployment of renewable technologies should remain strong.

Noting renewable commitments made priors to the “critical” COP21 climate summit in Paris, the agency said renewables are set to become the leading source of new energy supply from now until 2040.

“Their deployment grows worldwide, with a strong concentration in the power sector where renewables overtake coal as the largest source of electricity generation by the early-2030s. Renewables-based generation reaches 50 per cent in the EU by 2040, around 30 per cent in China and Japan, and above 25 per cent in the United States and India,” the IEA forecast.

Despite the strong growth in renewables, the IEA said a “major course correction is still required to achieve the world’s agreed climate goal.” Using the agency’s 2015 model, emissions will translate to a long-term temperature increase of 2.7 C by 2100, making sustained action and a strong outcome in Paris imperative to international climate goals.

“As the largest source of global greenhouse-gas emissions, the energy sector must be at the heart of global action to tackle climate change,” Birol said. “World leaders meeting in Paris must set a clear direction for the accelerated transformation of the global energy sector.”

Related Stories
Renewables surging in electricity market: cleantech made up nearly half of new generating capacity in 2014
Renewables to claim two-thirds of power plant investments over next 25 years
Germany’s energy utility splits to focus on renewables
Exxon not expecting a clean energy revolution, says oil and gas will still dominate energy market in 2040
Manufacturing In Focus