Mass market EV will hit dealerships later this year and sell for under $30,000 in the U.S. when federal tax credits are applied 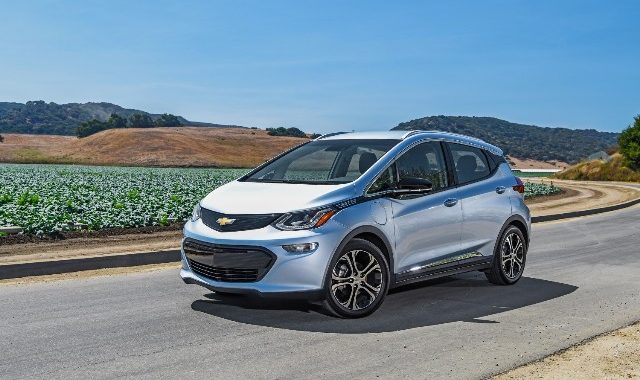 The all-electric Bolt will be able to range 238 miles on a single charge, outpacing the automaker’s original estimates as well as the upcoming Tesla Model 3. PHOTO: GM

DETROIT—General Motors may be lacking some of the fanfare surrounding Tesla Motors’ first foray into the mass market, but its new Chevrolet Bolt electric vehicle will carry drivers farther afield than the much-hyped Model 3—and it will do it a year earlier.

Set to go on sale in late 2016, the automaker says the EPA has estimated the car’s range at 238 miles (383 kilometres). The figure is a 38-miles above Chevy’s original expectations and gives the new EV a 38-mile edge over the Tesla competitor, which has already racked up hundreds of thousands of pre-orders, despite not being scheduled to reach the market until late 2017.

GM says the 238 miles is sufficient for drivers to meet their average daily driving needs, with charge enough left to exceed it.

“Chevrolet showed the world the production version Bolt EV earlier this year and in a few short months we’ve moved from that vision to a reality,” GM North America president, Alan Batey, said. “The Bolt EV is a game changer for the electric car segment and it will start to become available at Chevrolet dealerships later this year.”

Though it didn’t reveal an official suggested retail price, GM said the hatchback will sell for under US$37,500 in the U.S., before federal tax credits of up to $7,500 are applied. The price tag is higher than the Model 3’s—which Tesla CEO Elon Musk has said will sell for $35,000—but the Bolt will be released at least a year sooner, even if Tesla is able to meet its ambitious ramp-up targets.

Chevy credited the Bolt’s one-pedal braking system as one of the tweaks that will allow the vehicle to travel 238 miles on a single charge. The regenerative braking feature will feed energy back into the car’s 60 kilowatt hour battery pack when drivers ease their foot off the gas while coming to a stop.