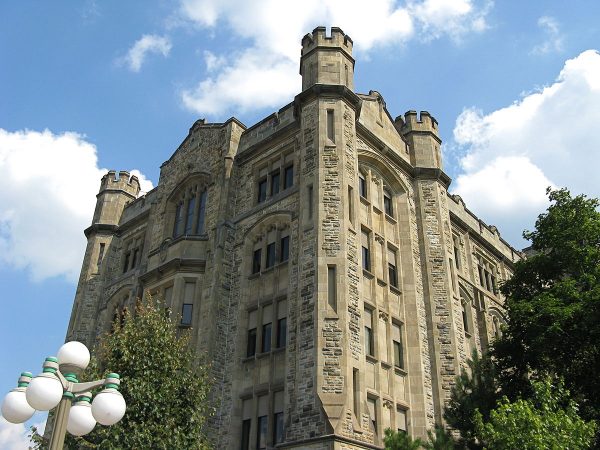 PHOTO: Northwest corner of the Connaught Building. The building is the headquarters of the Canada Revenue Agency/Jcart1534 via Wikimedia Commons

OTTAWA – The Canada Revenue Agency says so many Canadians get calls from scammers pretending to be tax enforcers that real tax agents are having trouble reaching people.

The CRA and the RCMP said in a briefing in Ottawa on Wednesday that they are trying to crack down on call centres loaded with fraudsters who phone Canadians, tell them they owe back taxes, and threaten they had better pay the money back. Some people are so used to receiving the fraudulent calls that they assume any communication from the tax-collection agency is bogus.

With help from police in India, the Mounties say they have dismantled three major operations there and arrested a dozen people here in Canada who are involved in the scheme. The RCMP has counted 4,000 victims who have lost $15 million. Virtually none of the money has been recovered.

Tammy Branch, a director-general at the tax agency, says the CRA will never call or leave voicemails using aggressive language or threatening arrest.

Branch says agents will sometimes phone when they’re looking for more information or if someone owes taxes or money to a government program. But the CRA says it will never demand immediate payment via e-transfer or Bitcoin, or communicate via text message.

Staff-Sgt. Ken Derakhshan of the RCMP says falling victim to a scam can be financially and psychologically devastating. The RCMP says newcomers to Canada, especially those who don’t speak English or French, can be especially vulnerable.

Related Stories
Canadians dodged paying feds up to $3B in taxes on foreign income: CRA
Huge Equifax hack likely affected only Canadians with dealings in U.S.
Microsoft cutting 2,850 more jobs as it scales back troubled phone business
Anti-oilsands activists in U.S. getting visits from FBI agents
Manufacturing In Focus