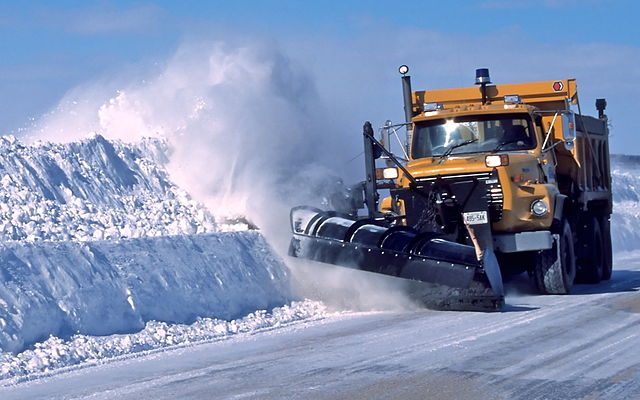 Engineers at the University of British Columbia Okanagan have been examining whether waste snow plowed from Canadian roads could be collected and dumped into pre-constructed areas, where it would be stored and used for chilling buildings in warmer months.

Kusan Hewage, an associate professor of engineering at UBCO, said the process is similar to air conditioning, where cool air is collected and pumped into a hot building.

The kind of equipment needed would be similar to what’s used in geothermal technology, he said, but instead of the lines going down into the ground, they would go out to the snow dump.

An added benefit of high-density snow cooling is that the ease of treating the waste snow, Hewage said.

Snow on roadways is tainted with all sorts of chemicals, and those chemicals are usually released into the environment as it melts, he explained. But using this system, a large amount of snow all melts in one place and can be cleaned or treated before it’s returned to the water system.

Snow cooling technology is currently used several other countries, including Sweden, where a 60,000 cubic-metre pile of stored winter snow is used to cool the Sundsvall Hospital during the summer.

Hewage and his colleagues determined that in Canada, it would take about a playground’s worth of snow to cool a neighbourhood of 200 to 300 homes for the summer. In the winter, the snow could be compacted and used as a skating rink, he said.

With current energy prices, the system is more economically feasible in Ontario, where rates are high. B.C. has an abundant supply of cheap hydro power.

“But, of course, the environment has a price, too. So if you consider all of the aspects—environment, economic and also the social dimensions—I believe this is a good technology for Canada,” Hewage said.

Prime Minister Justin Trudeau says the tax will be $50 per tonne by 2022, and it will be imposed on provinces that do not implement it on their own or bring in a cap-and-trade system.

Policies such as this will prompt a demand for green technology such as snow cooling, Hewage said.

“With that, I believe these sort of unconventional techniques will have a future here in Canada,” he said.

The UBCO team plans on continuing to examine what that future will entail. Hewage said his team will do a cost analysis of the snow cooling system, and is working on other research into creating Canada’s most sustainable neighbourhood.