Cadillac will offer semi-autonomous model in 2017

The company says the semi-autonomous system for freeways will be an option on a new 2017 Cadillac model, while the CTS sedan will get loads of new goodies 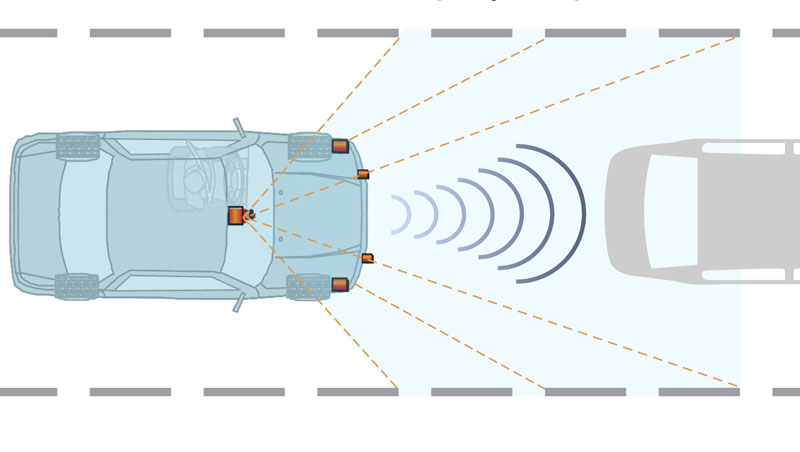 GM said the car still won’t drive itself. The company is working on a system to monitor drivers to make sure they’re still paying attention. PHOTO: General Motors Co.

DETROIT—Cars that can talk to each other and almost drive themselves at freeway speeds are just two years away from the showroom, according to General Motors executives.

The company announced Sunday that the semi-autonomous system for freeways will be an option on an unidentified new 2017 Cadillac that goes on sale in the summer of 2016. In addition, another 2017 Cadillac, the CTS, will be equipped with radio transmitters and receivers that will let it communicate with other cars, sharing data such as location, speed and whether the driver is applying the brakes.

The announcements were made Sunday at the opening of the Intelligent Transportation Society World Congress being held in Detroit this week. They are part of a barrage of similar declarations that are expected from other companies throughout the week as the industry shows off progress toward self-driving and safer cars.

The freeway system, dubbed “Super Cruise,” uses cameras and radar to keep the car in the centre of a lane and also stay a safe distance behind cars in front of it. The system will bring the car to a complete stop if traffic halts without driver action, and it can keep the car going in stop-and-go traffic.

Other automakers, such as Mercedes-Benz, now offer similar systems that work at low speeds, but GM says it’s the first to announce a system that operates at highway speeds. Others could have freeway systems in two years, though.

“If the mood strikes you on the high-speed road from Barstow, California, to Las Vegas, you can take a break from the wheel and pedals and let the car do the work,” CEO Mary Barra said in remarks prepared for the conference’s keynote address on Sunday.

But GM said the car still won’t drive itself, and the company is working on a system to monitor drivers to make sure they’re still paying attention. Details of that system weren’t released.

“Sensing technology is not yet to the point where the driver can check out,” said John Capp, GM’s director of global safety strategy. “This is a level of automation that can be done, that is feasible.”

The new Cadillac that will get Super Cruise hasn’t been officially announced yet. But executives have hinted that GM will build a big rear-drive Caddy to lead its lineup in the coming years.

Also Sunday, the Michigan Department of Transportation announced that it will partner with GM, Ford Motor Co. and the University of Michigan to build a pilot project connecting cars and roads on 120 miles of Detroit-area freeways. They gave no time frame for the project to start working, but said it would give southeast Michigan the lead in development of autonomous vehicles and those that talk to each other.

Sensors and transmitters along freeways would pick up information from cars and transmit it to other vehicles, telling them of stopped or slowed traffic ahead, or even that another car has slammed on its brakes. Initially the system would only issue warnings to drivers of cars equipped with the receivers, but eventually the cars could actually control themselves. It would be on stretches of Interstates 94, 75 and 696 as well as parts of U.S. 23.

The freeway and vehicle-to-vehicle technology can’t go into place until the U.S. government develops standards, including radio frequencies and security from hackers. The Department of Transportation’s National Highway Traffic Safety Administration is now working on those standards.

Although GM and others are taking steps toward self-driving cars, Jon Lauckner, the company’s chief technology officer, said such cars are years away because technology, legal and regulatory hurdles remain.