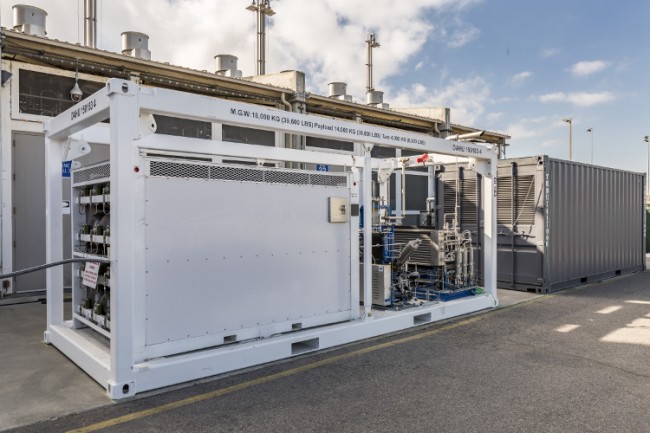 HUNTINGTON BEACH, Calif.—U.S. defence firm Boeing Co. has ventured into the energy storage business for its latest research and development project for the U.S. military.

After nearly a year and a half in development, the company shipped the new fuel cell system to the U.S. Navy last week.

Based on reversible solid oxide fuel cell technology, Boeing said its system stores energy by using power from renewable sources such as wind or solar to compress and store hydrogen. When the grid requires more power, the system reverses itself, re-generating the clean energy and pumping power back into electricity network.

“This fuel cell solution is an exciting new technology providing our customers with a flexible, affordable and environmentally progressive option for energy storage and power generation,” Lance Towers, director of Advanced Technology Programs for Boeing, said.

“Boeing’s technology is unique in being able to both store energy and produce electricity in a single system,” the company added.

The cell is now undergoing testing at the Navy’s microgrid at the Engineering and Expeditionary Warfare Center in Port Hueneme, Calif. The tests are designed to determine how effective it is at supporting the energy needs of both military and commercial customers.

Boeing did not release any specifics about the energy generating capacity or efficiency of its system.

Like other energy storage technologies, however, the reversible fuel cell could make renewable energy more reliable by storing some of the energy solar panels and wind turbines generate on clear, windy days for use when skies are overcast and there is not enough wind for turbines to harness power.