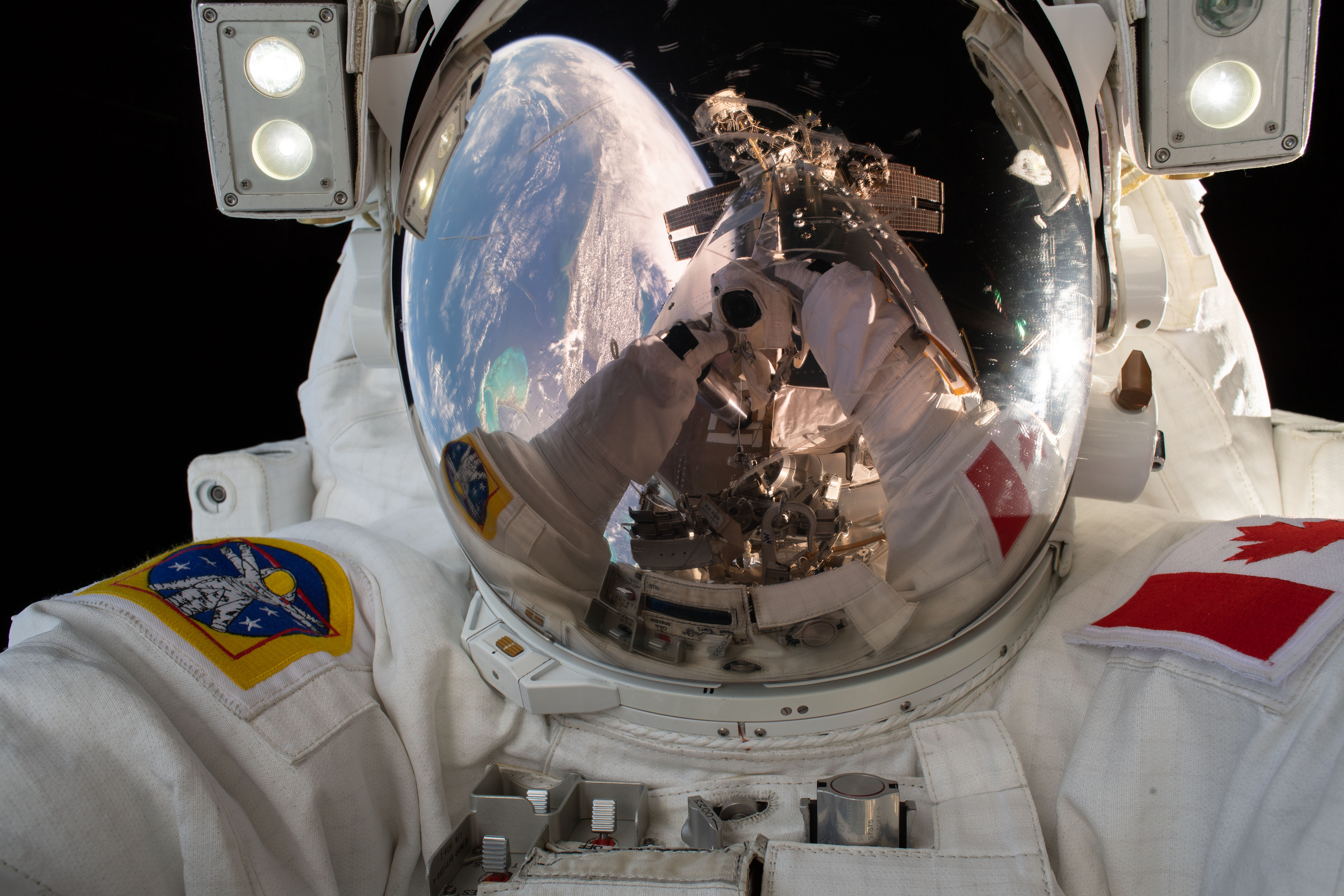 LONGUEUIL, Que. – David Saint-Jacques returned to Earth on Monday after more than six months aboard the International Space Station.

The native of Saint-Lambert, Que., has set a record for the longest single spaceflight by a Canadian at 204 days.

The Canadian astronaut was joined by NASA astronaut Anne McClain and Russian cosmonaut Oleg Kononenko aboard a Soyuz capsule that landed in Kazakhstan.

Saint-Jacques’ mission began ahead of schedule on Dec. 3, when he was part of the first crewed Soyuz mission following a rocket mishap in October that forced a spacecraft carrying two astronauts to abort and make an emergency landing.

Saint-Jacques, 49, took part in a six-and-a-half hour spacewalk in April and a “cosmic catch” of SpaceX Dragon cargo using Canadarm2 – the first time a Canadian astronaut has operated the robotic arm to perform the feat.

The engineer, astrophysicist and family doctor also oversaw science experiments and had numerous discussions with kids across the country during his mission.

In his final days of the flight, Saint-Jacques said he was refamiliarizing himself with the Soyuz craft that had been parked for the duration of their stay and took them home starting Monday afternoon. He tweeted over the weekend the craft was in fine form despite being parked for six months.

“It will take a few hours but we’ll fall back to Earth – literally,” Saint-Jacques explained to reporters last week. “After crossing into Earth’s atmosphere, the parachutes will open, we’ll land in Kazakhstan and be picked up by Russian team and taken to the airport where we’ll return to Houston to be reunited with our families.”

When the crew established contact with the search-and-recovery forces right before landing they said they were doing well.

NASA described the landing as “picture perfect” as the capsule descended in Kazakhstan at 10:47 p.m. ET.

Saint-Jacques was the last to be carried out of the capsule and he gave a thumbs-up as he emerged.

The crew was offered water and fresh fruit as they sat in chairs about four metres away from the capsule before being taken away for initial medical checks.

Gov. Gen. Julie Payette welcomed the astronaut back to Earth. In a tweet she said: “We are so glad that you are safely back. Congratulations on a remarkable job on board he International Space Station (ISS) during six months. 204 days in space. Well done.”

Saint-Jacques, who is married and has three young children, earlier said he was looking forward to seeing his family again.

He’d told reporters he was aware of the physical challenges that await him after six months in zero gravity, which include blood circulation problems, muscle pains and an elongated spine that will return to normal. It could mean trouble walking and moving around for a while.

Saint-Jacques’ recovery is first and foremost on the minds of Canadian Space Agency officials.

“A big aspect for us here at the agency is to prepare his return in the next few weeks – rehabilitation, physical reconditioning, adapting back to life at 1G,” said Gilles Leclerc, the agency’s director of space exploration.

Saint-Jacques is expected to take part in a news conference on Friday from Houston and will return to Canada in mid-July to visit the agency, just south of Montreal.

As for the next mission, Leclerc said negotiations are underway to have another member of the corps serve aboard the International Space Station before 2024.

– By Hina Alam in Vancouver and Sidhartha Banerjee in Montreal