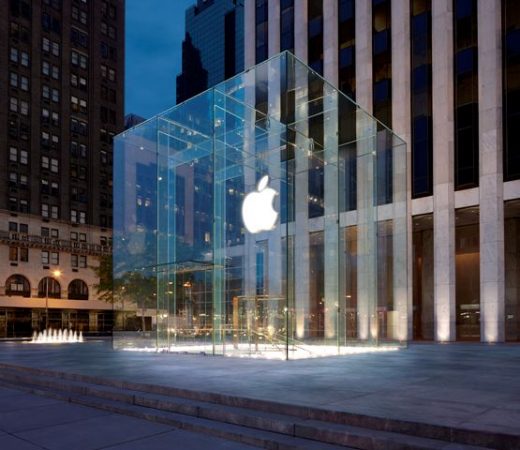 RENO, Nev.—Apple plans a US$1 billion expansion of its massive data centre east of Reno, doubling its investment and roughly tripling its workforce at the technology campus where company officials expect to hire 100 additional workers.

The announcement came as the Reno City Council approved Apple’s plans to build a $4 million shipping and receiving warehouse on a vacant lot in downtown Reno that will make it eligible for millions of dollars in tax breaks.

“We’re excited to be increasing our contributions to the local economy with an additional $1 billion investment to expand our data centre and supporting facilities,” Apple spokesman John Rosenstock said in an email to The Associated Press. “As part of our growth, we plan to hire 100 employees and expect construction will support an additional 300 jobs.”

Last week, Apple announced a new $1 billion fund aimed at creating more U.S. manufacturing jobs, but provided few details. As part of a strategy emphasizing its role in the U.S. economy, it also released a state-by-state breakdown of where its 80,000 U.S. employees work—more than half in California’s Silicon Valley.

Apple currently has more than 700 workers in Nevada, which Rosentock said is home to the company’s largest solar investment, “powering our data centre with clean energy.”

The 5-year-old $1 billion data centre is located in the Reno Technology Center near the Tracy generating station along U.S. Interstate 80. It’s between Reno and the Tahoe Reno Industrial Center where Tesla’s giant battery factory is based about 24 kilometres east of Reno-Sparks.

Apple was awarded $89 million in state property and sales tax abatements when it committed to the data centre in 2012.

Gov. Brian Sandoval said it was “the first major economic development success in northern Nevada and helped place this region on the technology and innovation map.”

“Apple’s decision to increase their local investment by $1 billion is a testament to our successful partnership and a demonstration that the best companies in the world are coming to Nevada, creating hundreds of jobs, investing in our communities and making our state their permanent home,” he said in a statement Wednesday.

The Reno Gazette-Journal reported City Councilwoman Jenny Brekhus voted against the downtown land deal Wednesday, calling for an end to unfair tax deals for “some powerful, well-connected corporations and not the rest of us.”

Mayor Hillary Schieve and Councilman Paul McKenzie said the whole city will benefit from the developments.