The test proves it is feasible for drones to successfully gather information from the distant, hard-to-access inspection sites typically found in the oil and gas sector 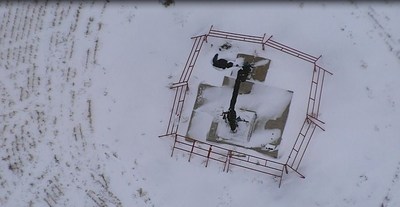 FOREMOST, Alta.—A drone has successfully completed a pipeline, well site and power line inspection in Alberta, the first test of its kind beyond visual line of site.

Energy companies use drone technology to inspect sites, but flight range is limited to the line of site of the operator. This test proves it is feasible for drones to successfully gather information from far-off and hard-to-access inspection sites, areas oil companies need access to.

The company behind this technology, Canadian UAVs, uses drones and helicopters to gather information and keep tabs on commodity based operations. Canadian UAVs is collaborating on this project with Lockeed Martin CDL Systems, a division of the defence contractor that specializes in drones and drone software.

The Indago 2 drone is compliant with all of Transport Canada’s air safety regulations, providing Canadian UAVs with the potential to use this technology on a mass commercial scale.

John Molberg, Business Development lead for Lockheed Martin CDL Systems, says that Transport Canada greenlit the Indago 2 for commercial use because of its success in military operations.

Molberg says the successful test is a significant leap forward for the safe use of drones in Canadian airspace. He also says that wide use of these vehicles could make inspections more efficient, environmentally friendly and cheaper for Canadian energy companies.

“Many of the assets and areas we are interested in surveying are located in regions of dense muskeg and access is significantly limited. Using traditional techniques on the ground for performing integrity inspections on remote sites or conducting reclamation monitoring would require the construction of either winter ice roads, or extensive summer access,” Molberg said.

Molberg continued, “This is not only an expensive exercise, but it’s also environmentally disruptive, as it creates numerous linear disturbances that potentially affect wildlife.”

Molberg also asserted that using a drone for these aerial inspections is an improvement over a manned helicopter, as it is safer. It is also less invasive, as helicopters have been known to scare off wildlife.