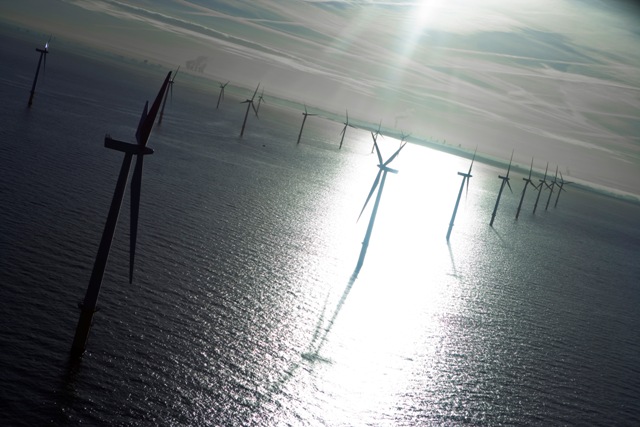 Due east of Hull, 120 kilometres from the rocky Yorkshire shoreline, the Denmark-based energy firm plans to install approximately 170 enormous, 7 megawatt wind turbines. With a planned capacity of 1.2 GW, the ambitious Hornsea Project One, which was given the green-light last week, will power well over one million U.K. homes.

“We are making a major financial investment to construct this giant wind farm and this underlines our commitment to the UK market,” Dong Energy’s UK chairman Brent Cheshire, said. “Hornsea Project One will support the supply chain and help create local jobs. To have the world’s biggest ever offshore wind farm located off the Yorkshire coast is hugely significant, and highlights the vital role offshore wind will play in the UK’s need for new low-carbon energy.” 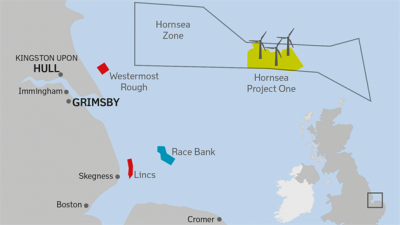 Nearly twice the size of the largest offshore wind farm currently in operation, the company says the project will create about 2,000 jobs during construction, as well as up to 300 full-time positions once the plant is commissioned.

“This project means secure, clean energy for the country, jobs and financial security for working people and their families, and more skills and growth boosting the Northern Powerhouse,” Amber Rudd, the U.K.’s secretary of state for energy, said.

The enormous planned project will cover an area twice the size of Greater London, while each turbine will stand nearly 200 metres tall—eclipsing most of London’s skyline. Dong Energy fingered Siemens, which has a new turbine production facility in Hull, as the preferred turbine supplier. The company’s SWT-7.0-154 upwind wind turbine has blades 75 metres long.

The completed project will include more than 900 kilometres of electrical cables, feeding the turbine’s significant supply of clean energy into the U.K.’s electrical grid. Hornsea has been almost 10 years in the making, and is fully-owned by Dong after the company acquired the final 66 per cent stake from SMart Wind Ltd. last year. The company also owns the rights to two other Hornsea sites, which could be marked for future development. If Hornsea Two and Three progress, the entire project scope could reach 3 GW of capacity.

The developer plans to commission the world’s largest offshore wind site at Hornsea One in 2020.