US$11.5 million project will be one of the deepest holes drilled in Nordic country to date 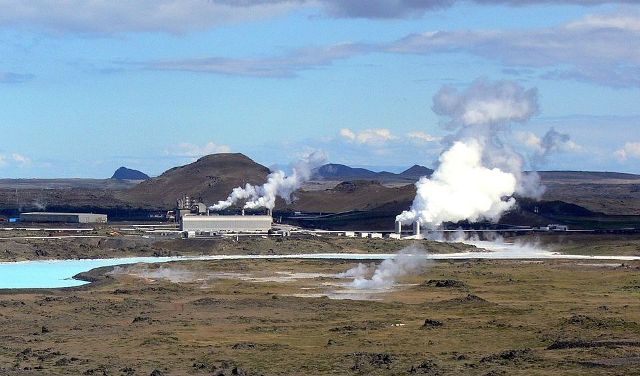 The Reykjanes Geothermal Power Plant in Iceland. Alterra owns a 98.5 per cent stake in the project. PHOTO: Christian Bickel, via Wikimedia Commons

The company has released details of a geothermal borehole drilling program to plunge 5,000 metres below the surface at its Reykjanes geothermal power plant. Aimed at harnessing geothermal energy capable of producing power, the company expects to intersect temperatures as high as 500 C below the existing 100 megawatt generating plant.

Along with a US$2.4 million contribution from Alterra, the $11.5 million project will be funded by Norway’s national energy company, Statoil, an EU grant, two Icelandic power firms as well as several other European entities. While the Canadian subsidiary will operate the drilling project with its consortium partners, Alterra noted any resulting power will be owned by HS Orka

At approximately five-kilometres deep, the geothermal hole will be one of the deepest drilled in Iceland to date.

Alterra expects to begin work on the project later this summer.