U.S. to bolster growing electric charging network with $4.5B in loan guarantees 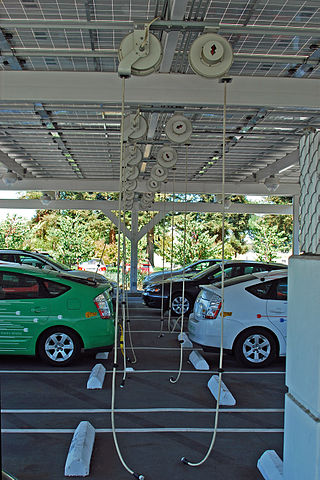 There are approximately 16,000 electric vehicle charging stations in the U.S. PHOTO: Nicolás Boullosa, via Flickr

WASHINGTON—The White House says that commercial charging stations for electric vehicles will be eligible to receive loan guarantees from the federal government as the Obama administration works to increase the number of stations. There are approximately 16,000 currently in place—compared to some 120,000 gas stations.

The White House says that up to $4.5 billion in loan guarantees will be made available through the Energy Department. Under the program, the federal government assures a private lender that it will step in to repay the outstanding balance on a loan if a company defaults.

Brian Deese, a senior adviser to the president, says the federal government also will partner with state and local governments to purchase fleets of electric vehicles.