Regulatory agencies control lamprey numbers by treating spawning areas with a chemical that kills the larvae. 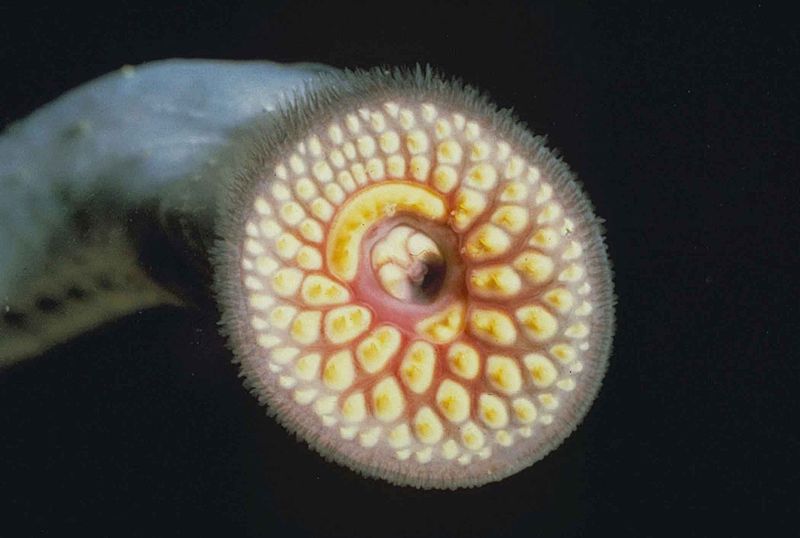 The mouth of an adult sea lamprey. Sea lampreys can now be found in all of the Great Lakes

The U.S. Fish and Wildlife Service says a crew will inspect the river in Wayne County from June 3-10. They’ll look for signs that larval sea lamprey have become established there.

The lamprey is an eel-like predator with a suction-cup mouth that fastens itself to fish and feeds on their bodily fluids. It invaded the Great Lakes in the 1920s and has ravaged native fish populations.

Their larvae hatch from eggs laid in gravel nests. They drift into silty bottom areas where they burrow and live for several years before migrating to the Great Lakes and beginning their parasitic stage.

Regulatory agencies control lamprey numbers by treating spawning areas with a chemical that kills the larvae.