2015 a record-breaking year for renewables—everywhere but Canada 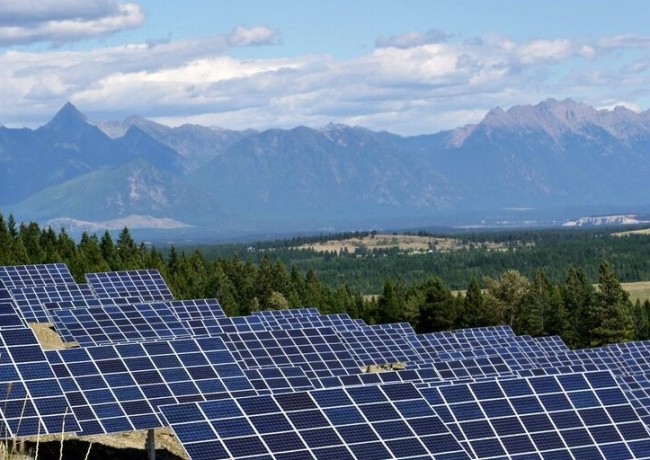 The Sun Mine solar plant outside Kimberley B.C. Now the largest solar installation in Western Canada, the project was one of many to be brought online last year. PHOTO: CNW Group/City of Kimberley

OTTAWA—Canada is dropping behind its major trading partners in renewable energy investment, according to a study from a clean energy advocacy group.

Merran Smith of Clean Energy Canada suggests government-set targets and goals for wind and solar power in regional energy grids is the best way to spur that investment and keep Canada in the game.

“Clean energy is taking off around the world and in the countries that we consider our markets,” she said. “This is really a wake-up call for Canada.”

Clean Energy Canada, in a report released Monday, found 2015 was a record-breaking year for investment in clean energy such as solar and wind power.

The largest chunk of that money—$226 billion—was spent in developing countries, the study found.

About $218 billion went toward solar energy and about $150 billion was spent on wind power, the two largest types of investment.

The list of countries and regions that increased spending on renewable energy is long.

U.S. spending was up seven per cent. In the U.K. and India, it went up 23 per cent. China spent 17 per cent more on renewables and Mexico increased its investments by 114 per cent.

Meanwhile, spending in Canada actually declined by about half, even though the country remains ranked eighth in the world in terms of absolute dollars.

The reason, said Smith, is the lack of new government targets and regulations for the use of renewable energy.

Most of the investment that resulted from Ontario’s decision to purchase more renewable energy has already happened, she said. Provinces such as British Columbia haven’t made such promises yet and those that have, such as Alberta and Saskatchewan, have yet to come up with the details.

Alberta has promised to get just under a third of its power from renewables by 2030. Saskatchewan said by that year, half its electricity is expected to come from clean sources.

“We need to see that translated into policy this year,” Smith said. “That will help boost Canada’s investment.

“What we know is that good targets and good policy really help.”

The first ministers’ meeting on climate to be held this week in Vancouver could also help.

“One thing they could commit to is a clean energy plan for Canada that makes real, tangible clean energy commitments,” she said.

Smith said that wind and solar power are becoming cheaper and more competitive with fossil fuels.

They’re already cost-competitive in 30 countries, she said, adding that in a place such as Alberta, with large wind power potential, renewables can already compete with fossil fuels.