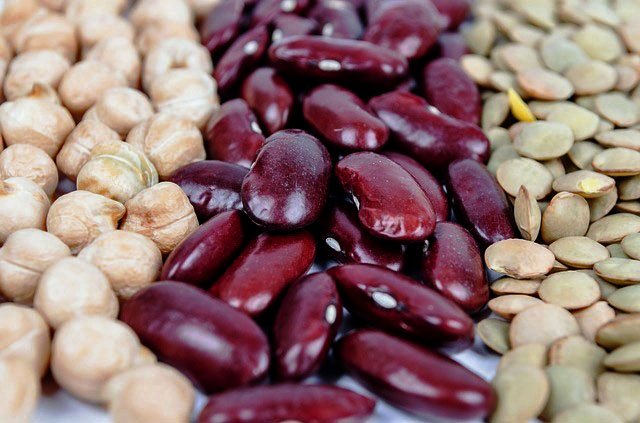 Consumers are turning increasingly to chickpeas, beans, lentils and other pulses for part of their protein intake

CALGARY—Prairie farmers who grow, rather than raise, protein sources are looking to break into the mainstream with new research and investments on how to sustainably feed the world.

The push for plant-based protein such as beans and lentils—as opposed to animal sources like meat or dairy—comes as the global population continues to grow rapidly and more consumers think about their health and the environment, said Pulse Canada CEO Gordon Bacon.

“Consumers are looking for better nutrition in the foods they buy, they are looking to protect their health.”

Canadian farmers are poised to be at the forefront of the world’s top producers of protein-rich plants with a growing network of processors—and a new government-funded incubator—to support them.

The industry’s push to provide more choices got a big boost earlier this month when an alliance of 120 companies and organizations focused on developing plant-based proteins won a spot in the federal government’s $950 million supercluster proposal, promising to bring new research and momentum.

The investment comes as the $13 billion global plant-protein market is expected to grow by as much as 98 per cent by 2050, said Frank Hart, chair of the Protein Industries Canada group that put together the supercluster bid.

“It’s a market that’s expected to expand in a significant way.”

While not yet fixed, the expected $150 million or so in funding from the federal program will help anchor another roughly $400 million in spending commitments across the prairies from the private sector, said Hart.

The funding will underpin research into everything from improved farming methods, to new food possibilities for flax, hemp, oats and pulses—which include lentils, chickpeas and dried peas and beans—to finding new ways to extract and make use of the protein in canola.

The research is being driven by changing eating habits and the demand for more choice in protein sources, said Dan Prefontaine, president of the Saskatchewan Food Industry Development Centre Inc., which develops new kinds of foods.

“I was born on meat and potatoes, and my kids are born more on diversity. They’re getting protein from multiple sources.”

A Nielsen survey released last fall showed the increasing demand for alternatives. It found that 43 per cent of Canadians are actively trying to incorporate more plant-based foods into their diets.

Prefontaine said the supercluster investment will help anchor Canada as a major player in the space.

“This is just the start. This is really giving Western Canada the opportunity to pool our resources to really create an environment and an equal system that promotes innovation and growth.”

Growing interest in alternative proteins has already led to big investments in recent years, including hundreds of millions of dollars committed to pea processing facilities from companies like Roquette, Canadian Protein Innovation, and James Cameron-backed Verdient Foods Inc., as well as into newer protein sources like Hempco and Manitoba Harvest’s hemp products.

The investments are increasing as companies develop new ways to process the protein-rich plants, like a steam-injection method to create pulse-based pasta that acts more like traditional products, or adding plant proteins to make yogurt, said Bacon.

“It’s a combination of a shift in processing, it’s a shift in consumer awareness, and it’s also a shift in cost, where meat companies, dairy companies, are looking for plant-based protein to complement their product line. … it’s not one versus the other.”

“We see this as advancing and enhancing to the Maple Leaf portfolio of products,” he said. “We felt that the different options for the protein segment was something we wanted to play in.”

Maple Leaf is still in early days for investments. The two companies it recently purchased are largely limited to U.S. distribution, but Curtin said Maple Leaf will be looking at expanding options to Canada as well.

The plant-protein segment also still only makes up a very small portion of Maple Leaf, as overall demand for meat is still expected to see strong growth going forward.

A Rabobank report out last fall said that while the meat industry should wake up to the growing demand for alternative proteins, that growth still pales in comparison to expected meat demand.

The Dutch bank said alternative protein demand in Canada and the U.S. is expected to increase from around 165,000 tonnes in 2016 to slightly over 200,000 tonnes by 2022, making up only two per cent of the total growth in protein, while meat constitutes the rest.