OPG to build infrastructure for electric ferries in Kingston area

The Amherst Islander II and the Wolfe Islander IV eFerries will be the first new hybrid electric passenger and vehicle ferries in Ontario. 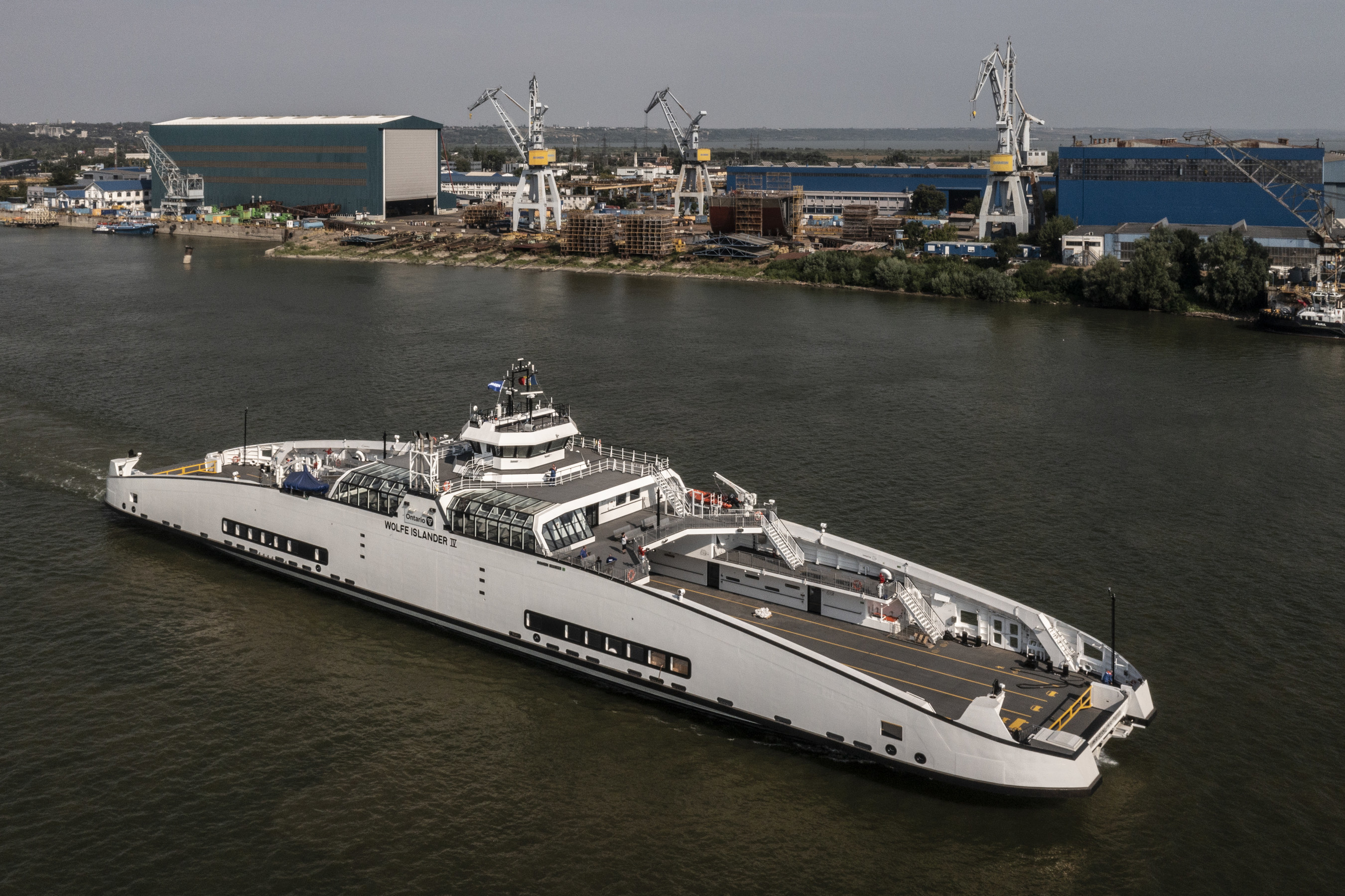 The Amherst Islander II and the Wolfe Islander IV eFerries, built for Ontario’s Ministry of Transportation by Damen Shipyards facilities in Romania, recently arrived in Quebec City, OPG said in a Sept. 29 news release. The ferries will then be certified by Transport Canada to sail up the St. Lawrence River to the Kingston, Ontario area, where they are expected to arrive later this fall.

OPG’s construction of the charging infrastructure is expected to start early in 2022, and be completed in 2023. Once terminal infrastructure is complete, the ferries will complete their trips with onboard battery propulsion, producing zero emissions. Ontario government officials estimate that, over their 60-year lifespan, the ferries will reduce greenhouse gas emissions by the equivalent of 446 million kilograms of carbon.

“Ontario is home to one of the cleanest grids in the world, with 93 per cent of our electricity coming from zero emissions energy sources,” said Todd Smith, Ontario’s Minister of Energy. “Supporting about 1.2 million passenger trips annually, this new charging infrastructure will reduce emissions while building on Ontario and OPG’s position as a leader in electrification.”

Current ferries transport approximately 900,000 passengers and 400,000 vehicles between Wolfe Island – an island at the entrance to the Saint Lawrence River in Lake Ontario – and Kingston each year, and approximately 300,000 passengers and 145,000 vehicles to and from Amherst Island annually. Amherst Island is located in Lake Ontario, 10 kilometres west of Kingston.