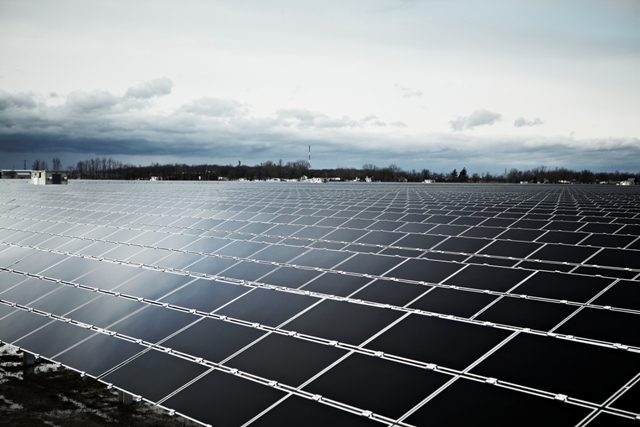 TORONTO—Ontario will change the way it buys electricity so it doesn’t focus on wind, solar or any specific technology, and is looking at more flexible billing plans for hydro consumers.

Energy Minister Glenn Thibeault says the Liberals want to be “technology agnostic” when they sign contracts for new electricity, and focus more on the outcome than on the way the power would be generated.

The admission is the latest Liberal mea culpa, with Premier Kathleen Wynne recently admitting her government made a mistake by not recognizing the impact of its energy policies on electricity bills.

Thibeault told the Empire Club of Canada that Ontario has signed contracts for so much electricity that any future deals will be for minimal amounts of power because it “will be seeking to secure supply on the margins.” Earlier this year Ontario cancelled its next major round of renewable procurement, citing sufficient capacity and high prices.

The energy minister also questioned time-of-use pricing for electricity, which charges much higher rates during peak daylight hours, a practice that critics say unfairly hurts seniors and others who stay home during the day.

People should have the flexibility to sign up for electricity plans that better suit their needs just like they can shop around for different telephone and Internet service plans, added Thibeault.

“I need to work with the industry to talk about ways of giving consumers options,” he said. “The smart meters are a great thing…and for me it’s time for us to start looking at all of the options to put a downward pressure on rates.”

The auditor general reported last year that fees to cover excess payments to electricity generators over the market price cost consumers $37 billion between 2006 and 2014 as the electricity portion of bills jumped 70 per cent. The auditor warned those fees would cost another $133 billion from 2015 to 2032.

The Progressive Conservatives said the Liberals should stop selling Hydro One, stop producing so much power that Ontario has to pay neighbouring states to take its excess, and restore municipal planning to the electricity sector.

“The fact is we have these giant wind turbines going up in unwilling host communities for surplus electricity that we do not need,” said PC Leader Patrick Brown. “Their apology is fake when they don’t change any of their policies.”

Asked how he can meet Wynne’s commitment to help consumers deal with soaring electricity rates—in addition to the already announced plan to remove the eight per cent provincial portion of the HST from hydro bills starting in January—Thibeault said everything was on the table.

The energy minister said the province wasn’t ready to remove a moratorium the Liberals imposed on off-shore wind power projects.

“We still need to look at the science on that,” said Thibeault. “We’re still waiting for the (ministry of environment and climate change) to bring that information to us, and once we have that we’ll have to look at it as a government.”