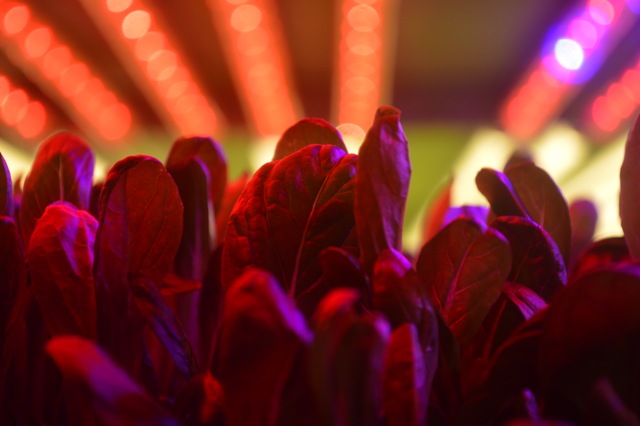 The vertical farm will use LED lighting to grow two million pounds of leafy greens each year. PHOTO: AeroFarms

NEWARK, N.J.—Stacks of leafy greens are sprouting inside an old brewery in New Jersey.

“What we do is we trick it,” said David Rosenberg, co-founder and chief executive officer of AeroFarms. “We get it thinking that, if plants could think: ‘All right, this is a good environment, it’s time to grow now.”’

AeroFarms is one of several companies creating new ways to grow indoors year-round to solve problems like the drought out West, frost in the South or other unfavourable conditions affecting farmers. The company is in the process of building what an industry group says is the world’s largest commercial vertical farm at the site of an old steel mill in New Jersey’s largest city.

It will contain 12 layers of growth on 3 1/2 acres, producing 2 million pounds of food per year. Production is set to begin next month.

“We want to help alleviate food deserts, which is a real problem in the United States and around the world,” Rosenberg said. “So here, there are areas of Newark that are underprivileged, there is not enough economic development, aren’t enough supermarkets. We put this farm in one of those areas.” 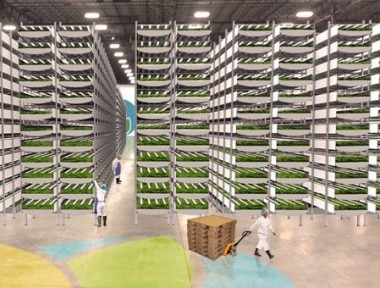 The New Jersey farm will grow food on 12 separate layers using a range of automated systems. It expects to begin production next month. PHOTO: AeroFarms

The farm will be open to community members who want to buy the produce. It also plans to sell the food at local grocery stores.

Critics say the artificial lighting in vertical farms takes up a significant amount of energy that in turn creates carbon emissions.

“If we did decide we were going to grow all of our nation’s vegetable crop in the vertical farming systems, the amount of space required, by my calculation, would be tens of thousands of Empire State Buildings,” said Stan Cox, the research co-ordinator at The Land Institute, a non-profit group that advocates sustainable agriculture.

Cox says that instead of moving food production into cities, the country’s 350 million acres of farmland need to be made more sustainable.

But some growers feel agriculture must change to meet the future.

“We are at a major crisis here for our global food system,” said Marc Oshima, a co-founder and chief marketing officer for AeroFarms. “We have an increasing population that by the year 2050 we need to feed 9 billion people. We have increasing urbanization.”

“We grow a plant in about 16 days, what otherwise takes 30 days in the field,” he said.