The petroleum firm is addressing the efficiency of its flares at its Detroit refinery and will spend another $283 million at facilities in Illinois, Kentucky, Louisiana and Ohio 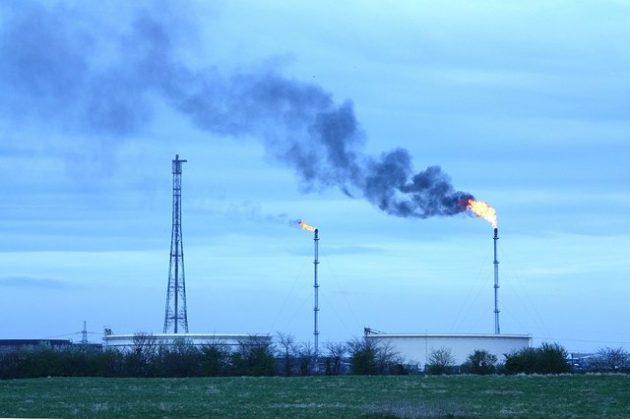 Sulfur dioxide emissions from the Detroit refinery are expected to be reduced by 28 tons per year. PHOTO: Richard Croft, via Wikimedia Commons

DETROIT—Marathon Petroleum Corp. and the federal government have reached an agreement that calls for the Ohio-based company to reduce air pollution at a refinery in southwest Detroit.

Some residents living near it have complained about pollution from the facility.

“The Detroit area has one of the highest asthma rates in the nation,” EPA Regional Administrator Robert Kaplan said Thursday in a joint news release with the U.S. Department of Justice. “(The) agreement is a step in the right direction to improve air quality in a neighbourhood that has been overburdened by pollution.”

Marathon will spend about $6 million to shut down a flare—a mechanical device that burns waste gases—at the Detroit refinery’s fence line, as well as $36 million to install systems that capture and recycle gases that otherwise would be sent to flares.

The deal continues pollution reductions called for in a 2012 consent decree with Marathon.

Marathon took action in 2008 when it was notified of the EPA’s concerns regarding flare combustion efficiency, company spokesman Jamal Kheiry told The Associated Press in an June 9 email.

“We conducted the first-ever performance tests of operating flares at two of our refineries, one of which was the Detroit refinery,” Kheiry said. “We used the knowledge we gained to establish operating parameters for all of the 22 flares throughout our refining system at the time.”

Three of five flares at the Detroit facility subject to the 2012 consent decree were brought into compliance before the established June 30 deadline. A fourth flare will be compliant by the deadline, Kheiry said.

Marathon decided to eliminate the fifth flare, and Kheiry said the company has requested “a 30-month extension to the deadline, so that we can build the additional piping that will be needed to safely shut down the flare.”

Marathon will spend another $283 million at the facilities in Illinois, Kentucky, Louisiana and Ohio.