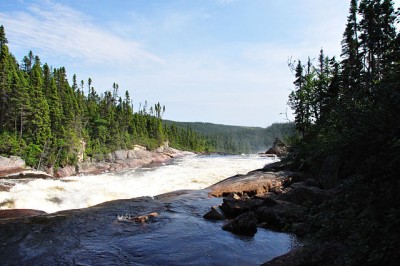 Located on the north shore of the St. Lawrence in northeastern Quebec, outside the municipality of Havre-Saint-Pierre, the complex will eventually house 1,550 MW of generating capacity. The mega project came with an initial price tag of $6.5 billion.

“The commissioning of the second generating unit is timely for Hydro-Québec. In the coming weeks, the generating station will be put to the test as its output is used to meet Québec’s demand during winter peaks,” Eric Martel, president and CEO of Hydro-Québec, said.

Construction on Romaine-1 began in April of 2012 and wrapped up eight months ahead of schedule.

“Since the start of construction, the project has created significant economic spinoffs,” Pierre Arcand, Quebec’s Minister of Energy and Natural Resources, said. “I am delighted that close to $800 million in contracts were awarded to companies from the Côte-Nord region.”

The station’s other units, Romaine-3 and Romaine-4 are scheduled to begin operation in 2017 and 2020 respectively.