HALIFAX—One of York University’s newest buildings will have one major yet invisible element in common with green renovations at the Davis branch of the University of California: Both are using a new kind of concrete block produced in Nova Scotia, where a tiny 20-person company called CarbonCure Technologies Inc. is trying to cure the pollution-heavy image that dogs the concrete industry.

CarbonCure founder Robert Niven knows that only power plants emit more greenhouse gases (GHGs) than concrete production facilities, which require tremendous amounts of heat to create cement. He knows that the cement-making process releases half-a-pound of carbon dioxide (CO2) for every pound of concrete produced. As a student in 2005, Niven wondered if that excess CO2 could be injected back into the concrete block, filling miniscule voids by essentially packing in the CO2. The result was positive, and resulted in the creation of a kind of nano-limestone filling that makes the block 20 per cent stronger than a typical concrete block, and requires less curing time. That means block producers can ship faster, and once on-site, the strength of the Carbon Cure blocks allows crews to build faster too.

“Concrete is a very durable and resilient product, but it has certainly been outpaced by other building materials, in terms of green building,” says Niven. “Not only can a company using Carbon Cure blocks differentiate themselves in a crowded marketplace, as being a green concrete producer, but they’re also able to reduce the cost of their production by harnessing the material benefits of CO2, such as high early strength, lower water absorption, and other secondary benefits.” 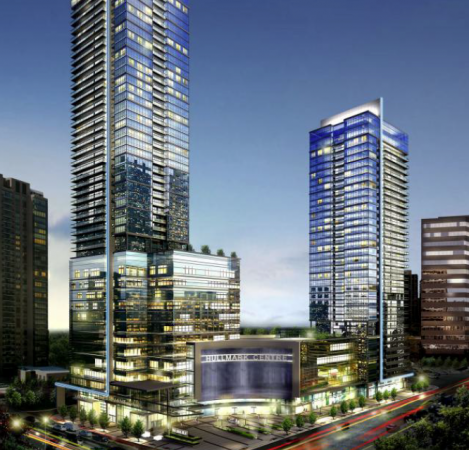 Niven uses the carbon capture technology he studied at McGill University to make his blocks green—at least in principle. The blocks are, of course, still grey. The combination in timing between emerging climate change problems and emerging cleantech opportunities seemed like a perfect fit.

Called beneficial CO2, or CO2 reuse, the industry is gaining momentum. Now, companies like Niven’s are using CO2 to make plastic, chemicals, road aggregate, and even baking soda. The technology is reminiscent of the waste-to-energy model that’s been revived in recent years.

As with the University of California building, more and more builders have started seeing a demand for sustainability in design. In fact, the northern California university’s new wine research building is expected to be the first net-zero energy campus building in the United States. Not only did the building use CarbonCure’s building blocks, it will eventually house equipment and systems for capturing and sequestering CO2 from wine fermentation, as well as for filtering and recirculating water for wine, beer and food processing.

“It’s a real showcase for academic research from across the U.S., so we’re real happy to be part of that,” says Niven.

CarbonCure’s method involves retrofitting the manufacturing process for existing cement producers—something that can be done in less than a day—then installing the system on CarbonCure’s dime. The Halifax-based company makes its money through licensing agreements. It gets paid royalties based on how many blocks the customer, or licensee, manufactures.

Niven anticipates having 30 licensed CarbonCure facilities across North America by 2015. The company is about halfway to that target, but has a commissioning backlog.

One of the biggest bonuses on the horizon for CarbonCure, founded in 2007, is the growing move towards the concept of an Environmental Product Declaration, which requires companies to report the environmental impacts of their chosen building materials. Green building certification from Leadership in Energy and Environmental Design (LEED) has begun to take stock in this concept for higher levels of certification.

Municipal governments, too, are trying to fulfill new green procurement mandates, which could mean huge opportunities for companies like Niven’s. Architects and engineers are becoming more involved with the green building market, specifying which materials to use on projects. They are, in fact, one of three major groups that CarbonCure is trying to reach. The last are the Home Depots of the world, which sell directly to builders.

A deeper vision for carbon

This is all just the beginning for Niven’s vision. A low-carbon building block is one thing, but a carbon-negative block? That, he says, is the ultimate goal. And it’s not as far away as you might think.

“It’s not a silver bullet, but a portfolio of companies across the supply chain,” says Niven.

“We’re touching on all the right industries and all the right partners. We’re getting the message out. The technology is ready to go. It just takes time,” he adds, explaining that these blocks could actually absorb CO2 from the environment, essentially helping to heal the planet.

Many of the technologies needed to make carbon-negative cement a market reality are in early commercialization stages, or late development, Niven says. Like CarbonCure, these are companies are heavily focused on carbon reuse.

Some of the areas of focus for make carbon-negative cement blocks will be the increased use of supplementary cementitious materials like limestone, as well as increasing the energy efficiency of the kilns and plants. There are other companies pursuing carbon reuse, such as California-based Calera, which has had struggles getting to market; and in New Jersey, there’s a company called Solidia Technologies, which also makes low-carbon cement. Partnerships may be the key to making carbon-negative blocks a reality, says Niven.

One of Niven’s other major plans is to expand CarbonCure into the ready mix concrete market. Picture the trucks typically seen around construction sites with the revolving drums attached at the rear. These trucks are carrying a load of ready mix. Right now, though, CarbonCure blocks are supplied ready-made, fully formed. The company’s ready mix expansion is right around the corner, however, and it will be a game changer, Niven hopes, in that ready mix accounts for about 80 per cent of the concrete product market.

“We had to create new components and new equipment that would work in a ready mix setting,” says Niven, who hopes the technology will be ready by year’s end. “It’s very different than a masonry block setting.”

Many of CarbonCure’s current customers for concrete blocks also use ready mix, so the transition is expected to be fairly seamless, says Niven.

“All we need right now is time,” says Niven, who is working on a new grant application for the Climate Change and Emissions Management Corporation, after recently being shortlisted. “It just takes time.”