Vancouver beer maker will use Bullfrog Power to offset all emissions 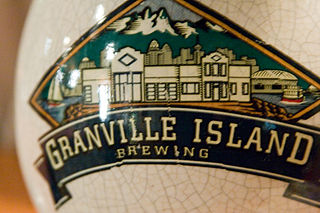 The purveyor of Island Lager and the popular cold-weather fare Lions Winter Ale has signed an agreement with Canadian clean energy firm Bullfrog Power to use the company’s clean energy and natural gas to power operations at its Vancouver brewery.

Despite being owned by Molson Coors Brewing Co. since 2009—through the beer giant’s Creemore Springs subsidiary—many of Granville’s operations remain at its original location beneath the Granville Street Bridge in Vancouver.

Following the deal, the brewery will run on 100 per cent clean electricity and entirely green natural gas. Bullfrog Power operates a mix of wind and low-impact hydro assets to offset its customers electricity usage, while its clients’ natural gas consumption is offset by a methane-capture project located at one of Canada’s landfills.

Along with switching to entirely emissions-free energy, Granville’s other green initiatives include participating in the bottle pool, to ensure its glass containers are recycled up to 10 times before being broken down, and sending its spent grains to local farms to be used in animal feed.