Canadian economy poised to benefit from global warming, but most countries can’t stand the heat

Every degree of warming weakens three-quarters of economies', study says 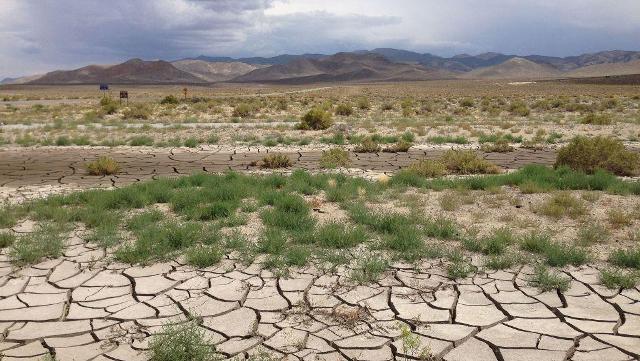 Cracked earth in Nevada, U.S. The western U.S. has experienced some of the worst droughts in its history in recent years, a result of rising global temperatures. PHOTO: Famartin, via Wikimedia Commons

WASHINGTON—With each upward degree, global warming will singe the economies of three-quarters of the world’s nations and widen the north-south gap between rich and poor countries, according to a new economic and science study.

Compared to what it would be without more global warming, the average global income will shrivel 23 per cent at the end of the century if heat-trapping carbon dioxide pollution continues to grow at its current trajectory, according to a study published Wednesday in the scientific journal Nature.

Some countries, like Russia, Mongolia and Canada, would see large economic benefits from global warming, the study projects. Most of Europe would do slightly better, the United States and China slightly worse. Essentially all of Africa, Asia, South America and the Middle East would be hurt dramatically, the economists found.

“What climate change is doing is basically devaluing all the real estate south of the United States and making the whole planet less productive,” said study co-author Solomon Hsiang, an economist and public policy professor at the University of California Berkeley. “Climate change is essentially a massive transfer of value from the hot parts of the world to the cooler parts of the world.”

“This is like taking from the poor and giving to the rich,” Hsiang said.

Lead author Marshall Burke of Stanford and Hsiang examined 50 years of economic data in 160 countries and even county-by-county data in the United States and found what Burke called “the goldilocks zone in global temperature at which humans are good at producing stuff” – an annual temperature of around 13 degrees Celsius or 55.4 degrees Fahrenheit, give or take a degree.

For countries colder than that economic sweet spot, every degree of warming heats up the economy and benefits. For the United States and other countries already at or above that temperature, every degree slows productivity, Burke and Hsiang said.

The 20th-century global average annual temperature is 57 degrees, or 13.9 degrees Celsius, according to the National Oceanic and Atmospheric Administration. Last year – the hottest on record – was 58.24 degrees and this year is almost certain to break that record, according to NOAA. Burke and Hsiang use different population-weighted temperature figures than NOAA calculates.

But the U.S. economy is humming despite the heat. When asked how that can be so, Burke said there were many factors important for growth beyond just temperature. He said one year’s temperature and economic growth in one nation isn’t telling. Instead, he and Hsiang looked at more than 6,000 “country-years” to get a bigger picture.

Burke compared the effect of global warming on economies to a head wind on a cross-country airplane flight. The effects at any given moment are small and seemingly unnoticeable but they add up and slow you down.

“The U.S. is really close to the global optimum,” Burke said, adding that as it warms, the U.S. will fall off that peak. The authors calculate a warmer U.S. in 2100 will have a gross domestic product per person that’s 36 per cent lower than it would be if warming stopped about now.

But because the U.S. is now at that ultimate peak, there’s greater uncertainty in the study’s calculations than in places like India, Pakistan, Vietnam, Nigeria and Venezuela where it’s already hot and there’s more certainty about dramatic economic harm, Hsiang said.

The authors’ main figures are based on the premise that carbon dioxide emissions will continue to rise at the current trajectory. But countries across the world are pledging to control if not cut carbon pollution as international leaders prepare for a summit on climate change in Paris later this year. If the current pledges are kept, the warming cost in 2100 will drop from 23 per cent to 15 per cent, Burke said.

Gary Yohe, an environmental economist at Wesleyan University in Connecticut, praised the study as significant and thorough, saying Burke and Hsiang “use the most modern socio-economic scenarios.” But Richard Tol, an economist at the University of Sussex in England, dismissed the study as unworthy to be published in an economics journal, saying “the hypothesized relationship is without foundation.”

Other experts found good and bad points, with MIT’s John Reilly saying it will spark quite a debate among economists.