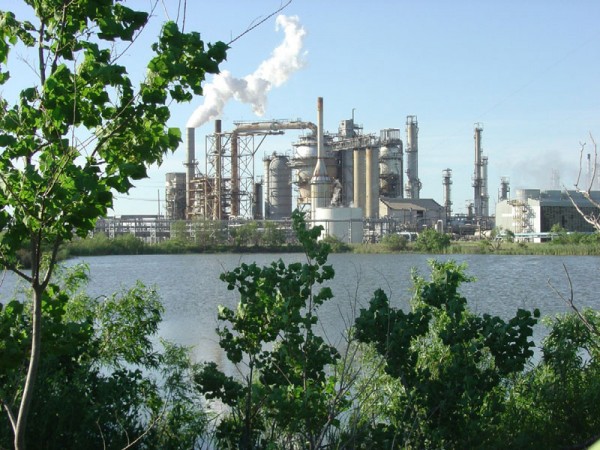 Shell’s refinery in Port Arthur, Texas. Companies and countries around the world are looking for new ways to generate power and use fossil fuels more responsibly. PHOTO Shell

STANFORD, Calif—As leaders from around the world focus on bolstering environmental protections in Paris, a new study has found the shift from fossil fuels may already be well underway.

A new report from the Global Carbon Project found after growing by less than 1 per cent last year, global fossil fuel emissions are expected to stabilize or even decline in 2015.

Jackson noted that while CO2 emissions have slowed during economic recessions, this would be the first decline during a period of strong economic growth.

According to the report, decreased use of coal in China was largely responsible for the decline.

“After a decade of rapid growth, China’s emissions rate slowed to 1.2 percent in 2014 and is expected to drop by 3.9 percent in 2015,” Corinne Le Quéré, study co-author and professor at the University of East Anglia, said.

The report notes whether the slower growth in emissions will be sustained depends on China’s and other countries’ use of coal, as well as what sources countries are turning to to replace the lost generating capacity of the fossil fuel.

Along with the decreased use of coal, the report pointed to the increasing use of renewables as a key to continuing to address worldwide emissions.

Nevertheless, the researchers were cautious about the findings, saying even if emissions peak in the next couple decades, “we’ll still be emitting massive amounts of CO2 from burning fossil fuels.”

“Reaching zero emissions will require long-term commitments from countries attending the climate meeting in Paris this week and beyond,” Jackson added.