Feds plan to set aside $21.9B for green infrastructure

From renewables to smart grids, government to fuel booming industry with $21.9 billion investment over next decade 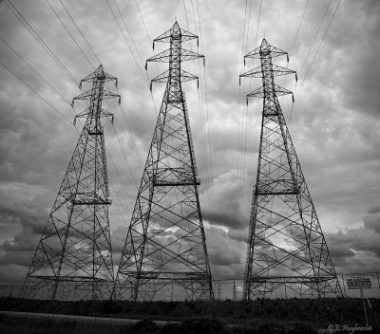 The federal plan will support a range of clean infrastructure projects, including inter-provincial transmission lines to reduce the reliance on coal-fired power. PHOTO: Emmanuel Huybrechts, via Wikimedia Commons

OTTAWA—Canadian Finance Minister Bill Morneau stood in the House of Commons Nov. 1 to provide the latest update on the federal government’s finances and unveil billions in additional spending to help shift the Canadian economy out of neutral.

A little more than 12 months into the new Liberal government’s tenure, the peek at the books revealed a prodigious amount of red ink and a number of new big-ticket initiatives, including plans to form the long-awaited infrastructure bank and more funding for green infrastructure.

Related: A look at all $81 billion in spending outlined in the fall economic statement

Morneau said the government now plans to pump $21.9 billion into cleantech and other green projects over the next 11 years, following up on an initial pledge in Budget 2016 to inject $5 billion into green infrastructure before 2021.

The government did not release specifics, but said the development of renewable and low-carbon energy projects, smart grids, inter-provincial transmission lines, and other greenhouse gas emissions-reducing initiatives are all on the agenda. Much of the initial federal funding for green infrastructure has also focused on securing clean water supplies for municipalities, a trend expected to continue.

The development funds will be doled out through targeted investments as well as through the newly-formed infrastructure bank, which the government hopes will attract foreign direct investment.

The government is expected to reveal further spending details in the coming months as well as in its 2017 budget.