Report says reducing overall emissions should be priority, not targeting emissions in a particular industry 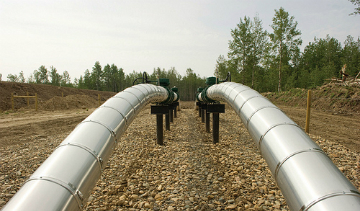 TORONTO—Forcing the National Energy Board to include upstream greenhouse gas emissions as part of the pipeline approval process could stretch the federal government’s constitutional authority, according to a new report from the C.D. Howe Institute.

The report found the added stipulation could also hinder the country’s ability to reach its emissions reduction targets at the lowest cost to the economy.

“Although the federal government only spoke of assessing upstream emissions and making the information public, it would be a mistake for the NEB to count upstream emissions against a pipeline project as part of its overall assessment,” the report says.

Foremost, the think tank argued the move could intrude on areas of provincial responsibility and break the new federal government’s promise to defer to provincial measures for curbing emissions.

“The reason the NEB has jurisdiction to approve pipelines is the federal constitutional power for ‘interprovincial works and undertakings,'” the report says.

Pointing to a Supreme Court ruling that showed the court has not “conclusively considered the constitutional limits on the scope of federal environmental assessments,” the report said the federal government does not have specific authority for the environment.

In addition to the potential legal entanglement, the think tank said weighing upstream GHG emissions against a pipeline would hinder, rather than help, the country’s push to achieve its promised emissions reductions at the lowest cost to the economy.

“The focus of Canadian governments should be on the reduction of Canada’s overall emissions, rather than targeting those of a particular industry or region,” the report argued.