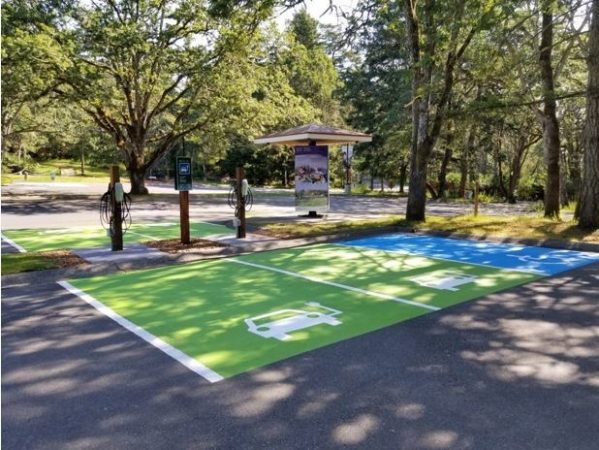 DISTRICT OF SUMMERLAND, BC — On Aug. 18, the Government of Canada announced a $380,000 investment to help the Corporation District of the Summerland build 22 electric vehicle (EV) chargers.

The six electric vehicle fast chargers and 16 level 2 EV chargers will be located at various public sites, including the city’s commercial businesses and its Tourist Information Centre. The first site is scheduled to open in the fall of 2020.

“We are providing greener options for Canadians to drive where they want to go,” said Seamus O’Regan, minister of Natural Resources, in a prepared statement. “This is how we get to net zero by 2050.”

The federal funding, which is provided through the Electric Vehicle and Alternative Fuel Infrastructure Deployment Initiative (EVAFIDI) and the Zero-Emission Vehicle Infrastructure Program, is in addition to the $150,000 the Government of British Columbia is investing in the project.

To reach this target, the Government of Canada has provided over $300 million to support the establishment of a coast-to-coast network of fast chargers for electric vehicles, as well as establishing natural gas refuelling stations along key freight corridors and hydrogen stations in metropolitan centres. This investment also includes EV charging in more localized areas, such as apartment buildings, public places and workplaces.