Cutting emissions would save agricultural sector billions by reducing droughts 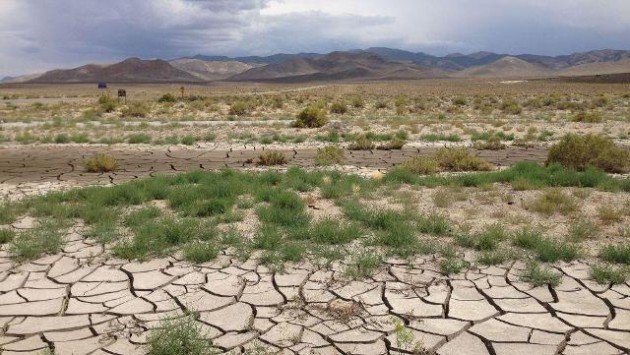 Cracked earth in Nevada. The western U.S. has experienced some of the worst droughts in its history in recent years. PHOTO: Famartin, via Wikimedia Commons

CAMBRIDGE, Mass.—The impact of droughts on the U.S. agriculture industry is already significant, with some of the most pronounced stretches of water shortages coming in recent years. Yet, the frequency and severity of droughts is only expected to increase.

With this in mind, a new study finds greenhouse gas mitigation could have a profound effect on droughts and provide significant economic benefits for the agricultural industry. The growing problem offers a significant opportunity for cleantech companies capable of decreasing the impact of greenhouse gases on the environment.

The current annual economic damages from droughts is estimated at US$6 to $8 billion, and according to the study, published in the American Meteorological Society journal, greenhouse gas mitigation could save the agricultural sector $980 million a year by 2050, and as much as $2.2 billion a year by 2100 – to say nothing of the environmental health benefits.

Unsurprisingly, the study’s lead author, Brent Boehlert, a senior associate at Industrial Economics, noted the benefits would be highest in the southwestern U.S., where drought frequency is projected to increase most dramatically in the absence of GHG mitigation policies.

According to the study, GHG mitigation will reduce the frequency of droughts as well as the damage higher emissions cause through increasing the temperature and reducing precipitation.