Beijing is looking to electric cars as a way to clean up China's smog-choked cities. EVs will need to make up 10 per cent of automakers' output by 2019 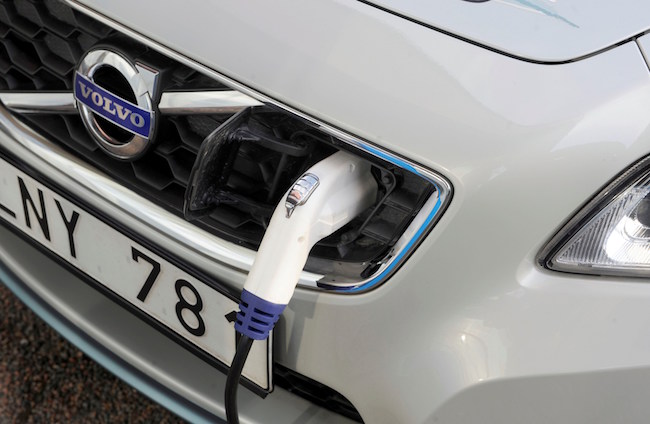 Volvo, now owned by China’s Geely announced plans this year to make EVs in China by 2019. A number of other major automakers have since unveiled Chinese electric strategies of their own. PHOTO: Volvo

BEIJING—China has stepped up pressure on automakers to accelerate development of electric cars by raising the first-year target for a planned system of production quotas but delayed its rollout from next year until 2019.

China has the world’s most aggressive government plans to promote electric cars. Communist leaders see them as a way to clean up China’s smog-choked cities as well as a promising industry.

Electrics will have to make up at least 10 per cent of each automaker’s output, up from 8 per cent in an earlier proposal, and those that fail to meet their targets can buy credits from competitors that do, under regulations released Sept. 28 by the Ministry of Industry and Information Technology. The minimum rises to 12 per cent in 2020 and the ministry will announce annual targets after that later.

The launch was postponed from next year until 2019 following warnings few automakers can get enough vehicles to market so early.

“The final rule reflects a triumph for pragmatism over dogma,” because few brands “will have a serious fleet of EV offerings on sale until closer to 2019-2020,” said Bernstein analysts in a report.

Beijing’s support for electric vehicle sales has made China the biggest market for the technology.

The quota system will shift the financial burden to the auto industry and reduce the drain on the Chinese treasury, which has paid for research grants and subsidies to electric car developers and buyers.

Industry leaders including General Motors Co., Volkswagen AG and Nissan Motor Co. have announced they are launching or looking at joint ventures with Chinese partners to develop and manufacture electric vehicles.

Chinese automaker BYD Auto, a unit of battery maker BYD Ltd., is the world’s biggest electric vehicle maker by number of units sold. It sells hybrid sedans and SUVs in China and all-electric taxis and buses in the United States, Europe and Latin America, as well as in China.

A deputy industry minister said in early September that Beijing is developing a timetable to phase out sales of traditional fuel vehicles. He gave no target date but China would join Britain and France, which plan to ban sales of gasoline and diesel vehicles by 2040 to curb pollution and carbon emissions that contribute to global warming.