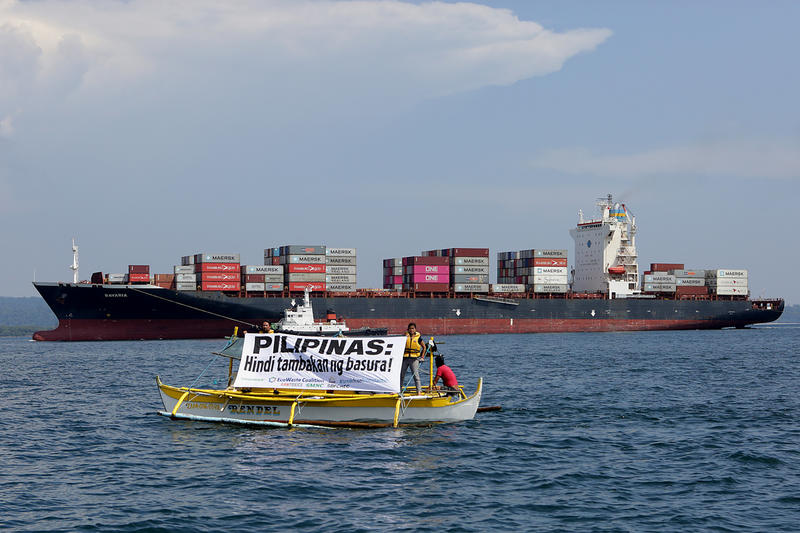 PHOTO: The MV Bavaria, the container vessel hired to ship back the 69 container vans loaded with trash from Canada/Greenpeace

OTTAWA—Sixty-nine shipping containers of fetid Canadian trash are being loaded onto a container ship in the Philippine port of Subic today.

The ship is expected to depart for Vancouver in the next few hours.

The containers have become a diplomatic nightmare for the Canadian government as Philippine President Rodrigo Duterte makes an example out of Canada for attempting to dump its trash on his country.

The containers have been in the Philippines since 2013 and 2014, when they arrived falsely labelled as recycling plastics.

Philippine customs authorities inspected the containers and discovered about two-thirds of the contents to be ordinary household garbage, including electronic waste and used diapers.