Arctic communities could cut fossil fuel use in half by turning to wind, solar

Investing in renewables would axe emissions and cost the same as replacing old diesel generators, a new report investigating Nunavut energy use says 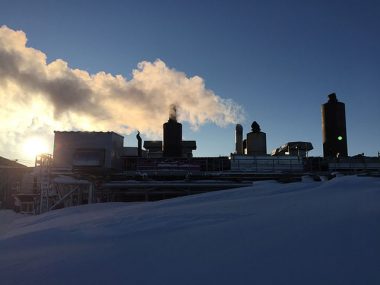 Northern communities such as Rankin Inlet have long relied on diesel generators to supply their power. PHOTO: Janne Wallenius, via Wikimedia Commons

IQALUIT—Some Nunavut communities could cut their fossil fuel use by up to half with renewable energy that wouldn’t cost any more than the aging diesel generators they now use, a new study has concluded.

“The technical challenges have been for the most part addressed,” said Claudio Canizares, one of the authors of the report that was funded by six Inuit, academic and environmental groups.

The study comes as the federal and territorial governments consider what to do about 300 mostly northern communities that rely on diesel to generate electricity.

Many are aging and long past due for replacement. In Nunavut, 13 of the territory’s 17 generators are more than 35 years old. All are expensive to run and they emit greenhouses gases and black carbon, which contributes to melting of sea ice.

A 2015 Senate report found northern electricity systems are “aging, underperforming and at capacity.” Nunavut has asked Ottawa for $250 million to replace and upgrade the territory’s power plants and energy infrastructure.

Canizares concedes that replacing diesel entirely would be too costly. Instead, his report asks which communities would benefit most from using already-proven wind and solar technologies—without raising costs.

It found in at least five Nunavut communities—including the capital of Iqaluit—the current generation of wind and solar systems could replace at least one-third of diesel consumption for the same price as operating and maintaining its old generator.

“Some of these generators are getting old and need to be replaced,” Canizares said. “Why not look at renewables?”

Renewable energy is spreading in the Arctic.

Colville Lake, high in a corner of the Northwest Territories, has successfully tested batteries and solar panels that should allow the community to run entirely on the sun’s energy during summer. 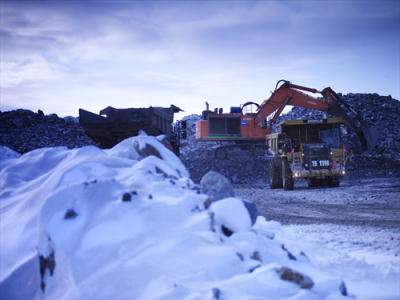 Glencore’s Raglan Mine in Northern Quebec installed a wind turbine in 2014. PHOTO: Glencore

In Nunavik, Que., a wind turbine installed at the Raglan Mine has offset the use of 3.3. million litres of diesel fuel in its first 18 months.

The figures prove that renewables can work in the isolated and harsh conditions of the North, said Canizares.

The most recent federal budget committed $10.7 million over two years specifically for renewable energy projects in indigenous and northern communities that are off the grid and reliant on diesel power. That’s in addition to a $2.2-billion, five-year green infrastructure fund for First Nations communities.

As well, the Vancouver Declaration on climate change signed last fall by all premiers and Prime Minister Justin Trudeau promised early action on “clean energy solutions to help get indigenous, remote and northern communities off diesel.”