Premier lashes out against coalition of First Nations, environmentalists and provincial NDP, says opposition not about science, but about fear of future 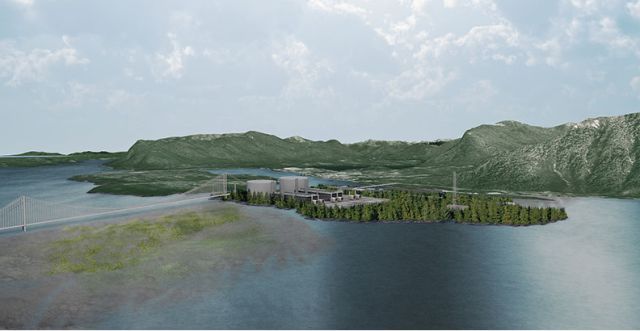 VANCOUVER—Premier Christy Clark had sharp words Monday for what she calls the “forces of No” in British Columbia who mount resistance efforts to government initiatives purely out of a fear of change.

First Nations leaders quickly shot back at the premier, labelling her comments “paternalistic” and “mindless.”

Clark made the statements during a news conference where she fielded questions about opposition to the Trans-Pacific Trade Partnership, environmental concerns over liquefied natural gas development and tax breaks for the mining industry.

She said negotiating trade pacts and resource developments involves tough, but potentially rewarding benefits and she would rather be known as an achiever than a quitter.

“There are people who just say no to everything, and heaven knows there are plenty of those in British Columbia,” said Clark. “But just because it’s hard doesn’t mean you give up. It doesn’t mean you should be a quitter.”

She criticized a coalition of First Nations, environmentalists and Opposition New Democrats who signed a declaration demanding a protection zone near a proposed multibillion-dollar LNG project at Lelu Island near Prince Rupert.

The proposed project is billed as the largest private-sector investment in B.C.’s history, valued at $36 billion and estimated to create 4,500 construction jobs.

But the Lelu Island and Flora Bank region at the mouth of the Skeena River, is considered vital to the ecosystem of B.C.’s second-largest salmon-bearing waterway.

A coalition signed a declaration to protect the area at the end of a weekend summit in Prince Rupert, attended by more than 300 hereditary and elected First Nations leaders, scientists, politicians, fishermen and others.

“Once again, people from the entire length and breadth of the Skeena River and its estuaries have come together to let both levels of government and the industry know that they’ve made a mistake in siting this particular project,” said Gerald Amos, Friends of Wild Salmon spokesman.

Amos said the area surrounding Lelu Island is known for its eel grass beds that offer protection for salmon before they head to the ocean or return to the Skeena to spawn.

He said First Nations view Clark’s comments about as insensitive to people who want to protect the Skeena salmon.

“She’s on the wrong side of this equation,” he said. “Labelling the forces of No is paternalistic. It’s downright insulting.”

Lax Kw’alaams hereditary Chief Yahaan said the project is a threat to a centuries-old salmon-fishing culture. He said Clark doesn’t understand the ties his people have to the river and the salmon.

“Her mentality, the mindless phrases that come out of her mouth,” said Yahaan. “Saying that we’re the people of No. We’re the indigenous people of this land. We live here. We know about the environment. She doesn’t.”

Clifton and four other elected area chiefs representing the northwest’s Tsimshian Nation said many First Nations area awaiting the results of two independent scientific reviews before deciding whether to support the LNG project.

He downplayed the comments of Yahaan and other hereditary chiefs, but pointed at area New Democrats who signed the declaration.

“They stepped in a little too quickly,” said Clifton of nearby Hartley Bay. “They should have spoken to the chiefs first.”

Provincial New Democrat LNG critic Bruce Ralston said his party opposes the Lelu Island project because it does not meet the party’s conditions of approval, including First Nations consent.

He said the NDP remains committed to supporting the LNG industry, providing it meets the Opposition’s four conditions.