Construction on the run-of-river hydroelectric plant began in 2014 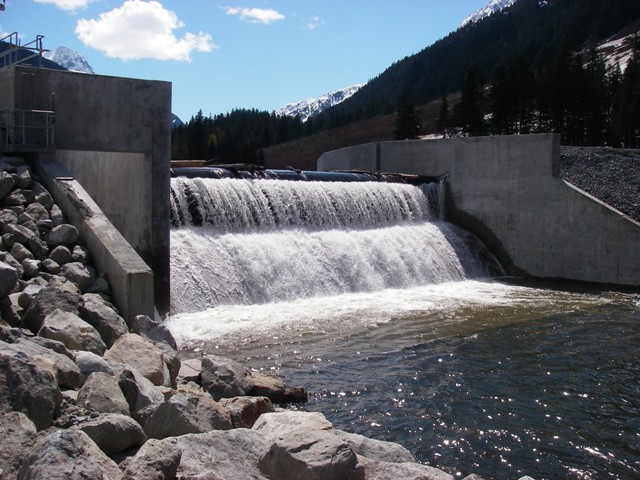 The intake at Alterra’s nearby Toba Montrose run-of-river facility in B.C. PHOTO: Alterra

VANCOUVER—After nearly three years of construction and ramp up, a new run-of-river hydro facility in southwestern B.C. has reached its full capacity for the first time.

“After a two-year construction period, we are excited to see Alterra’s latest renewable project operating at full strength,” Jay Sutton, Alterra’s vice-president of hydro operation, said. “The Jimmie Creek project remains ahead of schedule and under budget, and will be a strong addition to Alterra’s hydro generation portfolio.”

Unlike conventional hydroelectric power plants, which use dams and reservoirs to maintain stable production, run-of-river (also run-of-the-river) facilities have little or no reservoir. While this means output can vary depending on the flow of the river and the time of year, they generally have less impact on the environment.

Alterra expects to achieve full commercial operations at the site by August.

The Vancouver-based renewable energy firm owns a 51 per cent share in the project, while Axium Infrastructure Inc. owns the remaining stake.