Alberta Environment Minister says province is ready to financially back the approximately $10.5 billion in projects needed to meet 2030 climate target 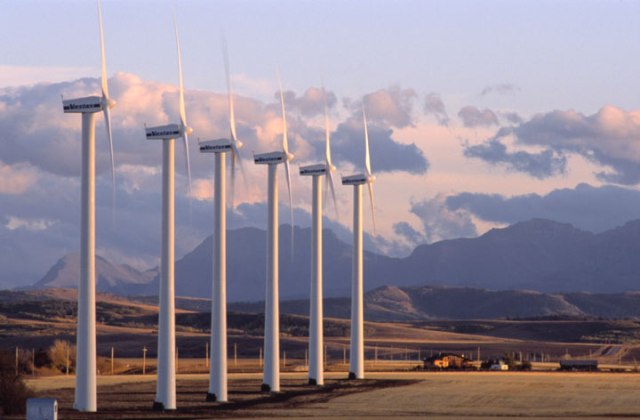 CALGARY—Alberta will offer financial aid to renewable power projects worth $10.5 billion to achieve its goal of having 30 per cent of its power come from renewable sources by 2030, Environment Minister Shannon Phillips announced Sept. 14.

She said the province must add 5,000 megawatts of electricity generating capacity from wind, solar and hydro projects to fill the gap as coal-fired generation is eliminated by 2030.

The cost, however, isn’t known yet, she said, nor are details of how new projects will be selected. The province intends to screen requests for support from private developers through an auction, but Phillips said the details won’t be announced until November.

“Its goal is to provide the most certainty in terms of the support from the people of Alberta and at the lowest cost,” she said.

About half of Alberta’s power came from coal-fired plants in 2015. Alberta Energy estimates that as of June, about 39 per cent of the provincial capacity of 16,300 MW came from coal and 44 per cent from natural gas. Phillips said Alberta expects about 70 per cent in 2030 will be generated by natural gas.

Related: Growing list of solar projects in the wings as Alberta moves to replace coalSara Hastings-Simons of the Pembina Institute environmental group said Alberta has chosen the right path to achieve a cleaner supply of electricity in the future.

“I think the clear commitment to the 30 per cent renewables is going to send a clear signal to investors and provide the kind of certainty you need to see these billions of dollars of investment coming into the province,” she said.

In an updated report Wednesday, Pembina estimated that an accelerated phase-out of coal generation in Alberta could result in 600 fewer premature deaths, 500 fewer emergency room visits and save nearly $3 billion in socio-economic value of avoided health outcomes linked to coal pollution between 2015 and 2035.

Phillips said she expects plenty of interest from the private sector to fuel a renewable energy building boom, judging from preliminary filings with the Alberta Electric System Operator.

An AESO spokeswoman said Wednesday it had received grid connection requests as of Sept. 1 for 21 proposed solar projects generating a total of 681 MW and for 28 wind power projects producing 4,646 MW.

Phillips said the government won’t guarantee power prices but support could come in the form of its purchase of renewable energy credits from builders or through “contract-for-differences” agreements which would top up developer revenues when prices fall.

She added money to pay for the program may come from the province’s carbon levy, which takes effect Jan. 1 and is expected to bring in $3 billion in fiscal 2017-18.

“I expect that for any new generation, we’re going to need to see the new policy certainty that the minister’s been describing today,” he said.

He said the competitive auction format proposed by the government will rein in developer expectations to “very low cost” levels for taxpayers.

Evan Wilson, Prairies director of the Canadian Wind Energy Association, says wind power capacity in Alberta is currently about 1,500 MW or five per cent of the total.

He said the industry has the capacity to quickly grow output if profitability is ensured.