Wyoming spending big to save coal, ‘whether it makes any sense or not’ 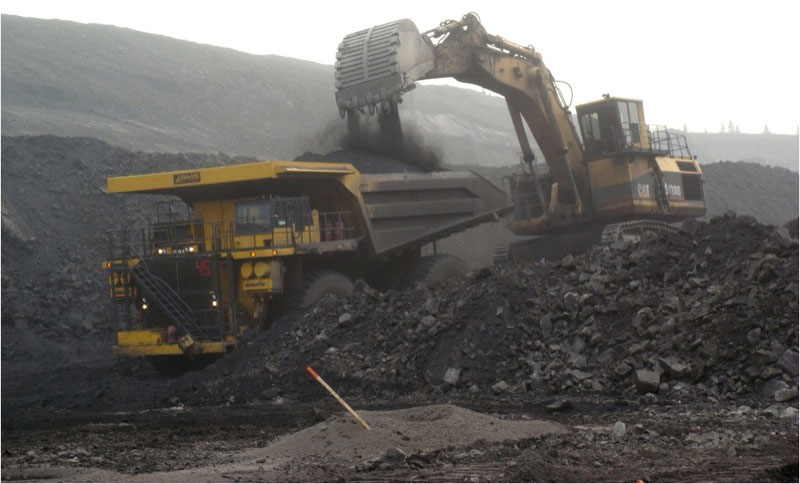 Coal is having a rough ride as top players head for bankruptcy and the cost of renewable energy keeps falling. PHOTO Grande Cache Coal

CHEYENNE, Wyo.—Coal is public enemy No. 1 for climate change and no longer the fossil fuel utilities prefer to burn to generate electricity. Indeed, it has few allies these days, but one state is still fighting to save the industry: Wyoming.

From a proposal to burn the stuff underground to hosting a contest to find profitable uses for carbon dioxide from power plants, the top coal-producing state has spent tens of millions of dollars for a coal saviour—with little to show.

Now that all three industries are suffering from low prices, looming deficits are raising an old question: Is it time to diversify the economy beyond fossil fuels?

“They’ve chosen to support the coal industry whether it makes any sense or not. I mean, we’re basically a coal colony,” said Bob LeResche, chairman of the Powder River Basin Resource Council landowners group.

Some of the coal industry’s top players, including Arch Coal and Alpha Natural Resources, have filed for bankruptcy as utilities switch to cheaper and cleaner-burning natural gas and the cost of renewable energy keeps falling. The Obama administration on Jan. 15 suspended the leasing program for coal on federal lands, most of which occur in Wyoming and neighbouring Montana.

Will a hero for coal come to the rescue in time?

The stakes for Wyoming are high. Coal mining and related business account for 14 per cent of the economy and one-in-five jobs in the state, according to the university’s Center for Energy Economics.

Here’s a look at what Wyoming has done—often at public expense—to try to save coal:

Underground coal gasification
Wyoming regulators recently agreed to let an Australian company pollute groundwater to experiment with a use for coal that doesn’t involve burning it in a power plant.

Underground coal gasification involves partially burning coal still in the ground. The process yields a mix of gases called syngas, which can be burned more cleanly than coal burns directly.

Linc Energy has proposed a demonstration plant in the Powder River Basin, an arid coal-mining region in northeast Wyoming and southeast Montana that supplies about 40 per cent of the nation’s coal.

The process leaves a chemical brew in the ground. Regulators in Queensland, Australia, accuse Linc of causing serious environmental harm at underground coal gasification projects in that country. Wyoming and the U.S. Environmental Protection Agency agreed to let the Wyoming project proceed even if it contaminated groundwater. But low natural gas prices appear to have stalled the project. Linc officials didn’t return a message seeking comment.

The institute spent $17 million of taxpayer money drilling a 12,000-foot-deep well in 2011. But it stopped because researchers realized it would cost as much as $750 million to acquire enough carbon dioxide to complete the experiment.

“I don’t think it was a waste at all. It was a good chunk of research in the real world,” said Rob Hurless, deputy director of the University of Wyoming’s School of Energy Resources.

Coal-to-liquid fuel
Turning coal into diesel, gasoline and other liquid fuels isn’t a new idea. Germany did it during World War II and a company proposed it in Wyoming as oil prices began to creep toward record highs in 2007.

The $2 billion DKRW Advanced Fuels plant outside the tiny town of Medicine Bow in southern Wyoming never got off the drawing board—except for a couple concrete pads and $1.9 million in state funding to rebuild 13 miles of road for the project.

Low global oil prices now threaten to shut down the project once and for all. DKRW officials recently warned local officials it isn’t feasible at current prices.

Carbon Xprize
Utilities that burn coal might have more of an incentive to remove carbon dioxide from smokestacks if they could put the gas to profitable use.

That’s the theory behind a $20 million competition organized by the XPrize Foundation. The private energy industry is funding the prize, but Wyoming has pledged $15 million to build a lab at Basin Electric’s Dry Fork Station, a coal-fired power plant near Gillette in northeast Wyoming.

The lab will have room for several scientific tenants besides XPrize to conduct research into using smokestack carbon dioxide. It is slated to become operational in July 2017.

Finding new markets
Wyoming Gov. Matt Mead and other Wyoming officials also have been to Japan, India, South Korea, Taiwan, Australia and China in recent years to promote Wyoming coal. So far they have no new markets to show for their efforts.

One problem is that the West Coast lacks port facilities to export much of Wyoming’s coal. Regulators are reviewing big coal terminal proposals in Oregon and Washington—projects supported by some locals but opposed by others, including American Indian tribes and environmentalists.

Last year, the Wyoming Legislature authorized issuing up to $1 billion in state bonds, if necessary, to finance construction of those terminals. The state hasn’t gone that route yet, but Mead said he expects the port facilities to win regulatory approval.

“Listen, coal’s valuable. It’s plentiful,” Mead said. “It is being used and will continue to be used around the planet, regardless of what we do in this country.”