As crude-by-rail shipments increase, safety issues need to be addressed 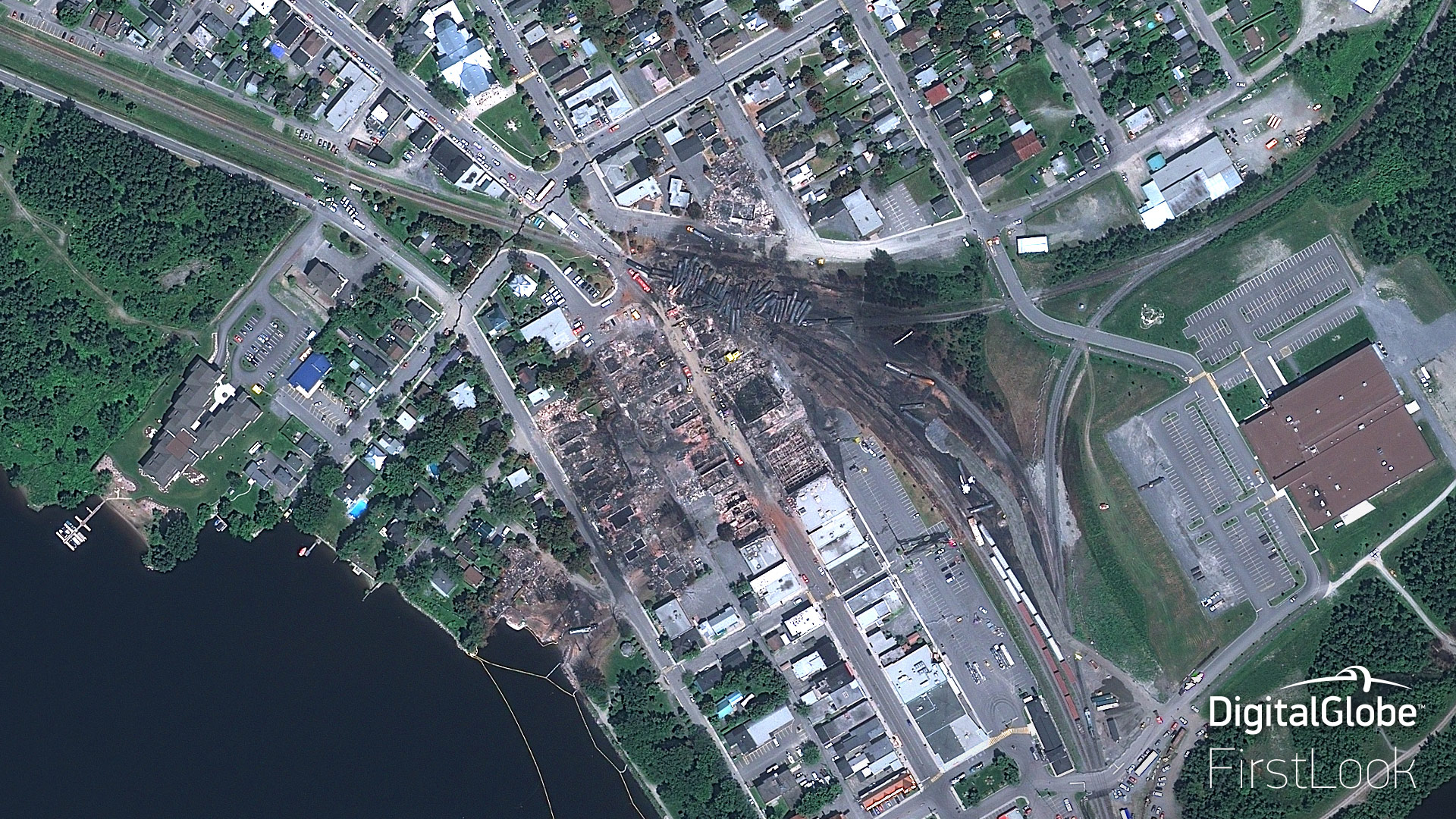 The British Columbia crash resulted in the deaths of three railway workers and the derailment of 99 grain cars and two locomotives.

In the B.C. accident, the train involved had been parked for two hours on a steep slope without the application of hand brakes in addition to air brakes.

The practice of relying on air brakes to hold trains parked on slopes was permitted by both the company and by Transport Canada rules. Revised operating rules, adopted after the Lac-Megantic disaster, had not required the application of hand brakes under these circumstances.

The latest accident was one of a rash of high-profile train derailments in Canada since the beginning of 2019. While none compares in magnitude with Lac-Megantic, they evoke disturbing parallels to that tragedy. Although investigations are ongoing, what we do know raises questions about whether any lessons have in fact been learned from the 2013 disaster.

Within days of the B.C. runaway, both CP Rail and Transport Canada mandated the application of hand brakes in addition to air brakes for trains parked on slopes. This after-the-fact measure parallels the action Transport Canada took days after Lac-Megantic, prohibiting single-person crews, after having granted permission to Montreal Maine and Atlantic Railway to operate its massive oil trains through Eastern Quebec with a lone operator.

Furthermore, like the Lac-Megantic tragedy, existing mechanical problems with the locomotives involved reportedly played a role in the CP Rail derailment, raising questions about the adequacy of oversight with regard to equipment maintenance practices.

Like Lac-Megantic, worker fatigue may have also played a role in the crash. Despite efforts within Transport Canada to force railways to better manage crew fatigue, railway companies have long resisted. Instead they have taken page out of the tobacco industry playbook by denying inconvenient scientific evidence as “emotional and deceptive rhetoric.”

The situation has prompted the Transportation Safety Board to put fatigue management on its watchlist of risky practices, stating that Transport Canada has been aware of the problem for many years but is continuing to drag its feet.

The implications of the B.C. accident take on additional significance in light of the dramatic growth seen in oil-by-rail traffic in Canada over the past year. Export volumes reached a record 354,000 barrels per day in December 2018, with the vast majority of the oil going to refineries on the U.S. Gulf Coast and Midwest.

This development has not gone unnoticed by people living in communities across North America, who are concerned about the growing danger of another disastrous derailment.

The increase in traffic—now bolstered by the Alberta government’s plan to put another 120,000 barrels per day of crude oil on the rails by next year—is occurring at a time when the Transportation Safety Board reported a significant increase in “uncontrolled train movements” during 2014-17 compared to the average of the five years preceding the disaster.

This is despite the board’s Lac-Megantic investigation report recommendation that Transport Canada implement additional measures to prevent runaway trains.

Two weeks after the B.C. crash, a CN train carrying crude oil derailed near St. Lazare, Man.; 37 tank cars left the tracks, punctured and partially spilled their contents. The cars were a retrofitted version of the TC-117 model tank car, developed after Lac-Megantic, intended to prevent spills of dangerous goods. The train was travelling at 49 mph, just under the maximum allowable speed.

In the lead-up to the Lac-Megantic disaster, the Harper government squeezed both Transport Canada’s rail safety and transportation of dangerous goods oversight budgets. These budgets did not increase significantly after the disaster.

Justin Trudeau’s government pledged additional resources for rail safety oversight. However, Transport Canada’s plans for the coming years show safety budgets falling back to Harper-era levels. It remains to be seen whether these plans will be reversed in the upcoming federal budget.

A Safety Management Systems-based approach remains the centrepiece of Canada’s railway safety system. That system been fraught with problems since it was introduced 17 years ago.

It continues to allow rail companies to, in effect, self-regulate, compromising safety when it conflicts with bottom-line priorities. Government officials claim there has been a major increase in the number of Transport Canada rail safety inspectors conducting unannounced, on-site inspections. But the inspectors’ union questions these claims.

If an under-resourced regulator, with a long history of deference to the industry, is unable to fulfil its first-and-foremost obligation to ensure the health and safety of its citizens, the lessons of Lac-Megantic have still not been learned. The B.C. accident highlights that the window for history to repeat itself remains wide open.