The company started work on 100-megawatt lithium-ion installation in September. South Australia gets much of its power from wind and solar and will use the battery to stabilize its power grid after a major blackout last year 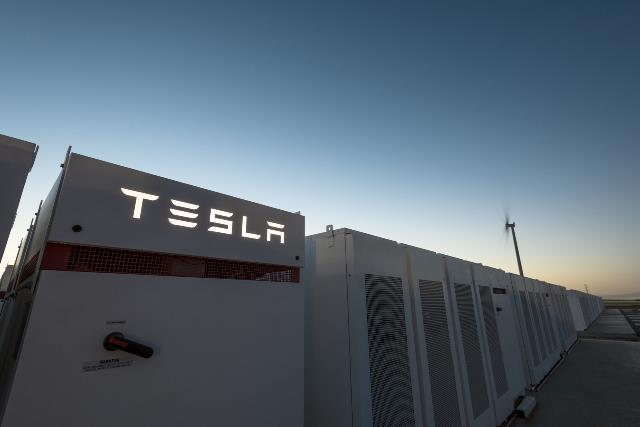 The battery will deliver energy during peak usage hours to help maintain the grid’s supply. It can power about 30,000 homes. PHOTO: Tesla

CANBERRA, Australia—Tesla Inc. chief executive Elon Musk is on track to deliver on a promise by building the world’s biggest lithium-ion battery in the Australian Outback within 100 days, an official said Nov. 28.

Musk promised to build the 100-megawatt battery within 100 days of the contracts being signed at the end of September or hand it over to the South Australia state government for free.

Audrey Zibelman, chief executive of Australian Energy Market Operator Ltd., which manages the Australian electricity grid, said on Tuesday she expected the battery would be ready by Friday, the first day of the Australian summer when power use on air conditioning soars.

“We’re in the process of testing that battery right now and we expect it to be ready on Dec. 1,” Zibelman told Australian Broadcasting Corp.

“That’s the end of this week and so we’ve done an incredible amount of work and I have to say I’m very pleased and delighted with Elon’s staff. They’ve worked incredibly hard have done numerous things to get ready for the summer,” she added.

“The world’s largest lithium-ion battery will be an important part of our energy mix, and it sends the clearest message that South Australia will be a leader in renewable energy with battery storage,” Weatherill told reporters on Thursday.

Tesla partnered with French renewable energy company Neoen to build the battery, which is more than three times larger than the previous record-holder at Mira Loma, California.

South Australia, which relies heavily on solar and wind-generated energy, has been scrambling to find a way to bolster its fragile power grid since the entire state suffered a blackout during a storm last year. Further blackouts plagued the state over the next few months.

The battery farm is part of a 550 million Australian dollar ($420 million) plan announced in March by Weatherill to make the state independent of the nation’s power grid. The cost of the battery has not been made public.

The Australian Energy Market Operator has warned of potential shortages of gas-fired electricity across southeast Australia by late next year. The shortage is looming as Australia is expected to soon overtake Qatar as the world’s biggest exporter of liquid natural gas. Australia is also a major exporter of coal, which fires much of its electricity generation and makes the country one of the world’s worst greenhouse gas polluters on a per capita basis.

The South Australia battery will store energy from Neoen’s Hornsdale Wind Farm near Jamestown. It will deliver energy during peak usage hours to help maintain the state’s supply, and could power 30,000 homes, Tesla said.