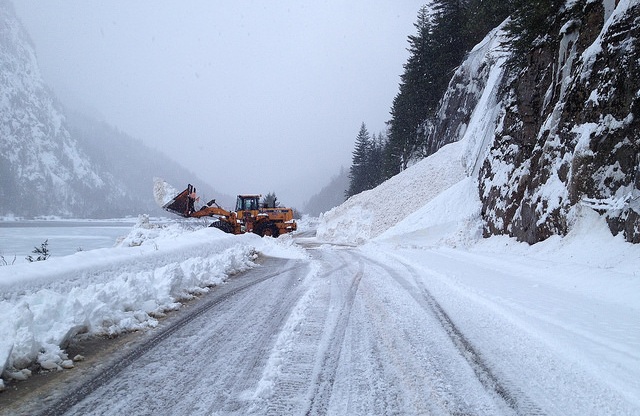 Authorities are often forced to close Three Valley Gap in B.C. due to avalanche risk. PHOTO: B.C. Minister of Transportation and Infrastructure, via Flickr

VANCOUVER—Long delays caused by avalanche control on Highway 1 are a regular annoyance during winter travel through southeastern B.C., but the provincial government says that’s about to change.

The system permits remote firing of explosive charges into slide-prone slopes, allowing avalanche control around-the-clock and in all weather.

Currently, helicopters drop explosives onto dangerous slopes, but the work can only be done during daylight hours and in favourable weather.

Lengthy closures of Highway 1 are common near Revelstoke as vehicles wait for helicopters to finish, or foul weather prevents any avalanche control.

Stone says Switzerland-based Wyssen Avalanche Control has been awarded a $2.1-million contract to build eight remote firing systems through Three Valley Gap, with three to be operating this winter and the remained to be installed next year.

Watch a demonstration of how the explosive system prevents avalanches: